Stopping the Spread of HIV Is Key to Ending the Disease

Living nearly two years in the age of COVID-19, it can be easy to forget the millions of people in the U.S. and globally who are living with HIV, the virus that causes AIDS. That’s why it’s so important on December 1, World AIDS Day, to remember and honor the lives we have lost due to AIDS-related complications while also continuing to create awareness among the communities disproportionately impacted by the virus.

The rate of HIV infections and number of AIDS-related deaths have dropped dramatically since the overwhelming and rapid cases started nearly 40 years ago. Still, it’s estimated that nearly 35,000 people were infected in 2019, the most recent year data is available. It’s only an estimate because a significant number of people become HIV-positive, but never get tested. 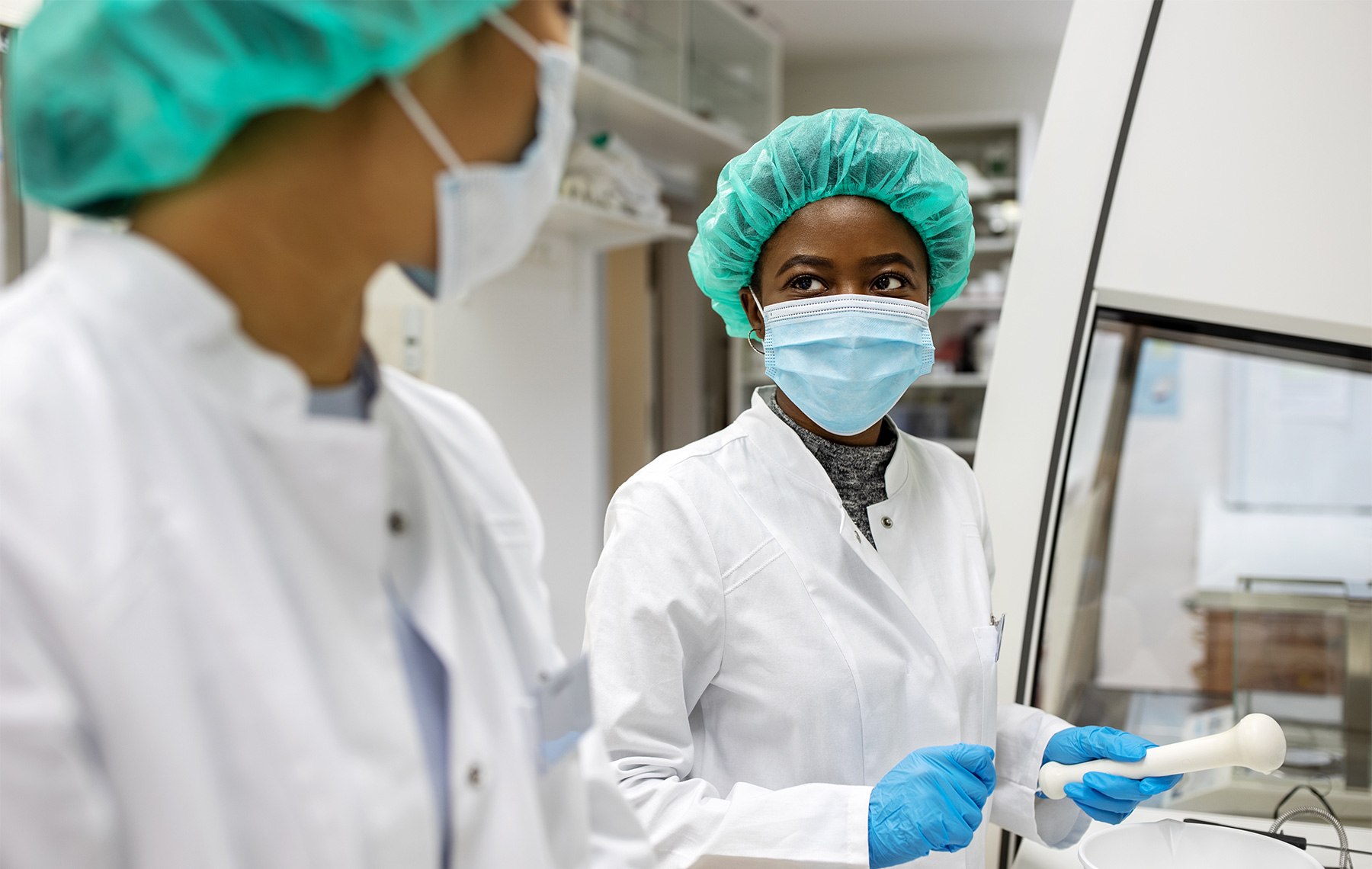 However, it is no longer a death sentence as proven by NBA legend Earvin “Magic” Johnson, who announced he was infected 30 years ago in November. Advancements in treatment are allowing people to live symptom-free, and when taking it daily as prescribed, the virus can become undetectable and untransmittable. 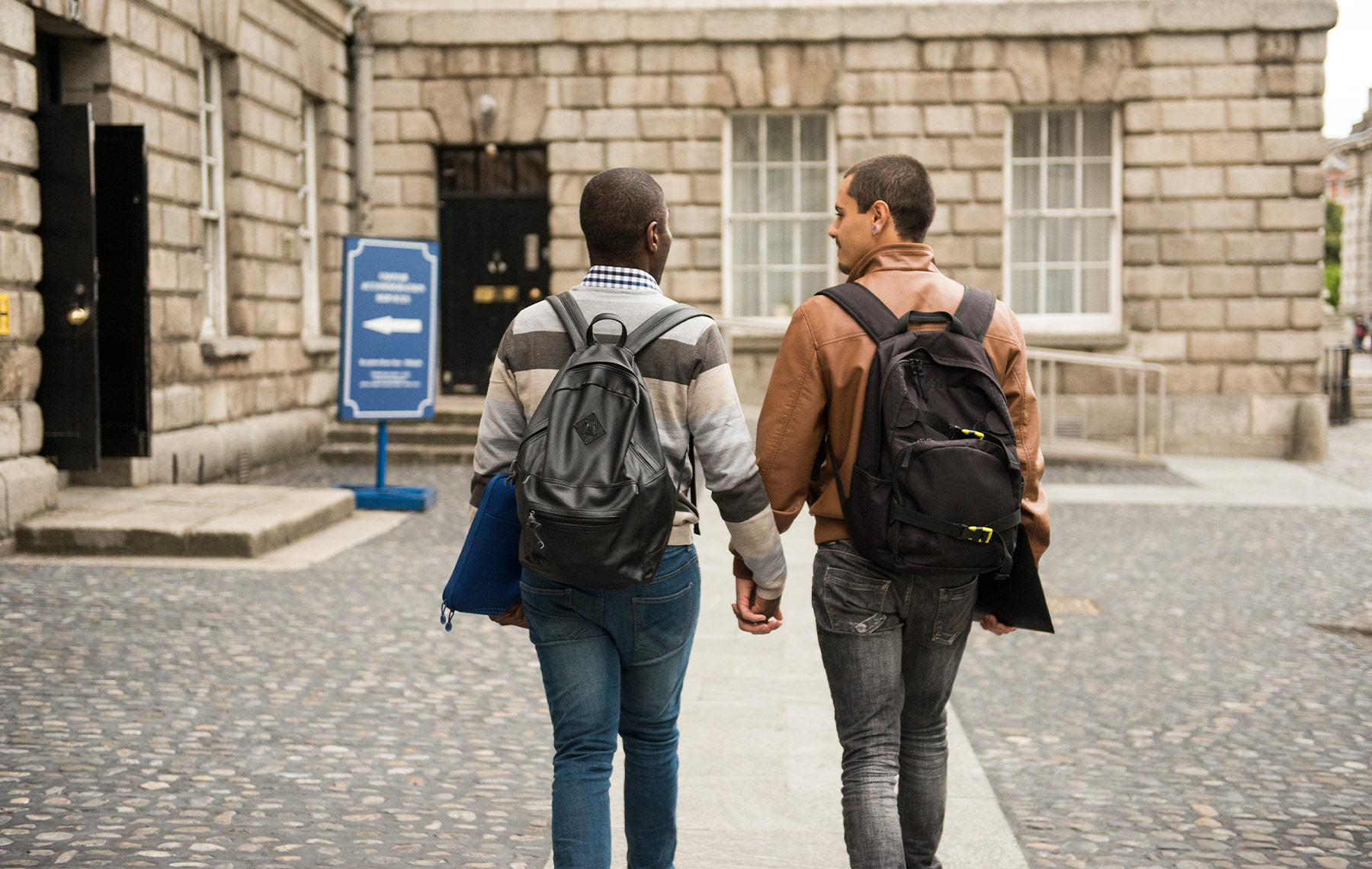 What communities are affected?

Among all genders, Black people have the highest rate of infection at 42.1%, followed by Latinos at 21.7%. Those of multiple races represent 18.4% of new infections. People aged 25-34 had the highest infection rates at 30.1% followed by those aged 35-44 at 16.5%. HIV prevalence was 9.2% for Transgender people in 2019, compared to less than 0.5% for U.S. adults overall. Even though different communities experience varying rates of infection, HIV can and does impact people from all walks of life.

Getting tested is the first step people can take to know their status, choose their preferred options to protect their sexual health, and create awareness in the community. AltaMed offers free and confidential HIV testing in person or we can provide you an at-home HIV test that is easy to take.

There are also multiple ways to lower the risk of contracting HIV.

AltaMed provides a full range of services related to HIV and STI testing and prevention as well as treatment. If you are seeking services call the Patient Service Center at (323) 869-5448 in Los Angeles County or (714) 500-0491 in Orange County.

If you have been diagnosed recently with HIV, we want to assure you that we are here to help with your medical care, connecting you to the best doctors, and providing resources like one-on-one counseling. Click here to learn more about the HIV care services available to you.

PrEP Means One Less Thing to Worry About

Nearly 40,000 people are diagnosed with HIV each year. That includes about 28,000 Black and Latino/a people. That number can be close to zero with PrEP.

Pre-exposure prophylaxis or PrEP is medication designed to prevent HIV. It is recommended especially for people who practice unprotected sex, men who have sex with other men, or people who share needles.

There are more than 1.1 million people in the U.S. who could benefit from taking PrEP. AltaMed is here to answer any questions, and help you determine if PrEP could be right for you.

HIV exploded into our consciousness in the early 1980s and was seen as a “gay” disease because the first patients were gay men. But it spread quickly beyond gay men. Male-to-male sexual contact remains the highest transmission category at 66%. However, men are not the only population impacted. Women account for 1 in 5 HIV infections. What’s more, a 2020 CDC report surveying seven major U.S. cities found that 42% of transwomen were HIV positive.

As a woman, you still need to think about HIV. PrEP is a daily pill that prevents HIV.

The best ways to protect against HIV include:

Who should consider PrEP?

PrEP is also recommended for people without HIV who inject drugs and:

Doctors will also recommend PrEP to people without HIV who have been prescribed treatment after potential exposure to HIV, hepatitis B, or hepatitis C — also known as post-exposure prophylaxis (PEP). They will especially recommend it if the person has used multiple courses of PEP, or engage in activities that put them at risk.

What to take and how to take it

The U.S. Food and Drug Administration has approved two drugs — Truvada and Descovy — for PrEP. Studies have shown when taken as prescribed and used consistently, PrEP reduces the risk of HIV from sex by up to 99% and more than 70% for people who inject drugs.

You can still afford PrEP without insurance. There are low-and no-cost options available.

PrEP needs to be taken daily for it to be its most effective. While it is up to 99% effective in preventing HIV from sex, using a condom adds an extra measure of protection and also prevents the transmission of other STIs. PrEP can be taken safely along with birth control and hormone therapy.

AltaMed is one of the largest HIV service providers in Los Angeles and Orange counties serving more than 2,000 patients. Our multicultural and bilingual physicians and staff can help you explore your care and prevention options so you can make the best decisions that support your sexual health and overall well-being. AltaMed provides eligible patients with medical services, medications, and other important health and community resources at low or no cost.

You can also find real, relatable, and entertaining stories that put a twist on HIV awareness and prevention, including information on PrEP.

You can also follow this link to get started with AltaMed today.

According to a 2017 survey — the most recent by Gallup – 4.5% of adults in the U.S. identify as gay, lesbian, or bisexual. That’s more than 11 million adults. Of those, more than 4.2 million, or about 39%, report having mental health issues compared with 18% of total adults. 42% of LGBTQ+ youth seriously considered attempting suicide in the previous 12 months. This includes more than half of the transgender and nonbinary youth.

Stress from the coronavirus pandemic, as well as new legislation that aims to deny LGBTQ+ people their right to essential medical services in certain states, has only increased the need for health resources. 94% of gay and trans young people, for example, reported that recent politics had a negative impact on their mental health

But even before the added hardships of the last year and a half, the LGBTQ+ community regularly faced psychologically-taxing obstacles that continue today: 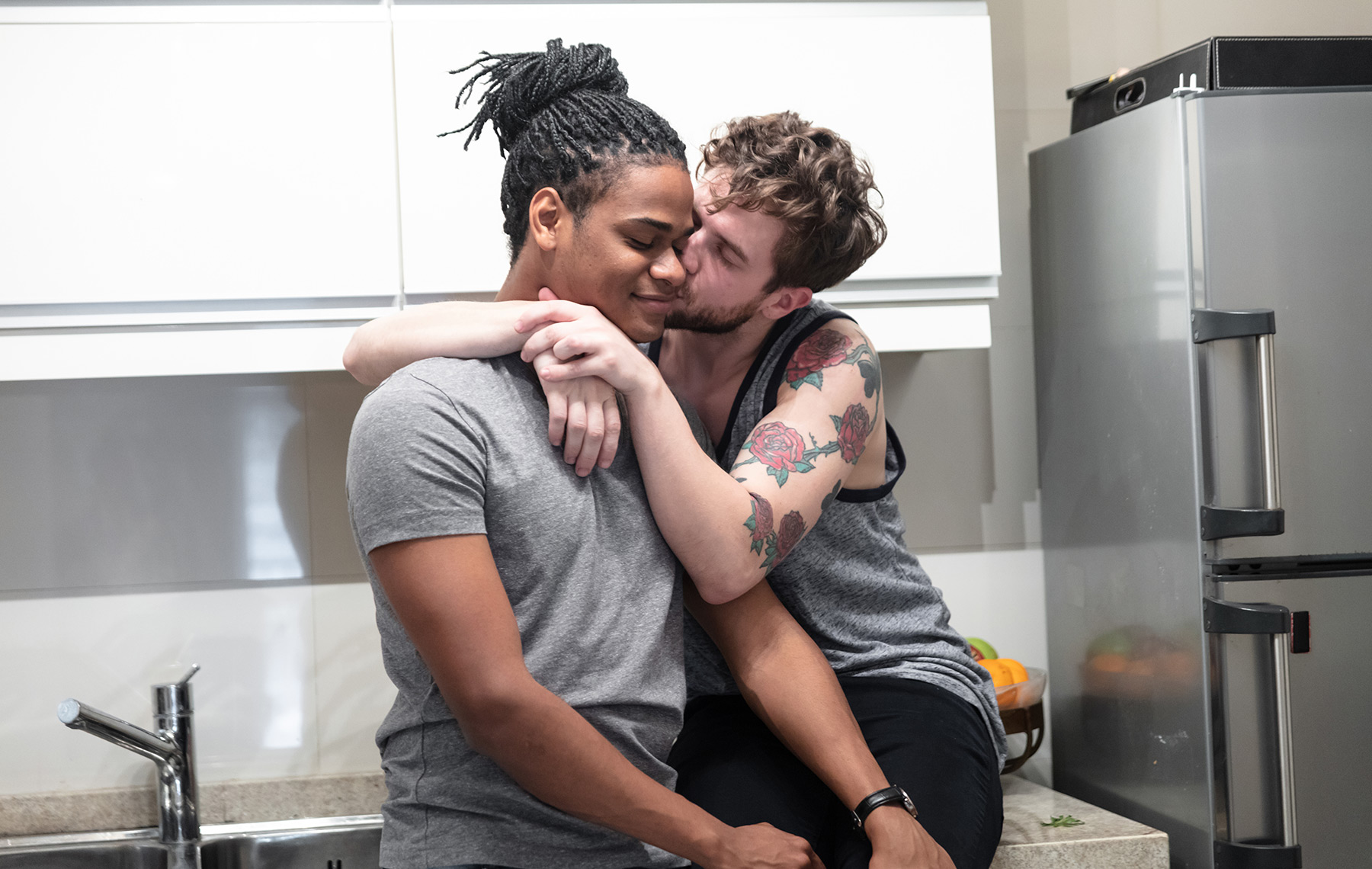 Times are hardest for LGBTQ+ youth according to the results of the most recent national survey by The Trevor Project. The organization, which is focused on suicide prevention among gay and trans young people, surveyed nearly 35,000 people between 13 and 24 across the U.S. Some of the key findings include:

As LGBTQ+ adults grow older, they often end up feeling more isolated and are twice as likely to live alone according to SAGE Advocacy & Services for LGBT Elders. The loneliness can shorten a life by as much as 15 years while depression and anxiety can increase the likelihood of dementia. 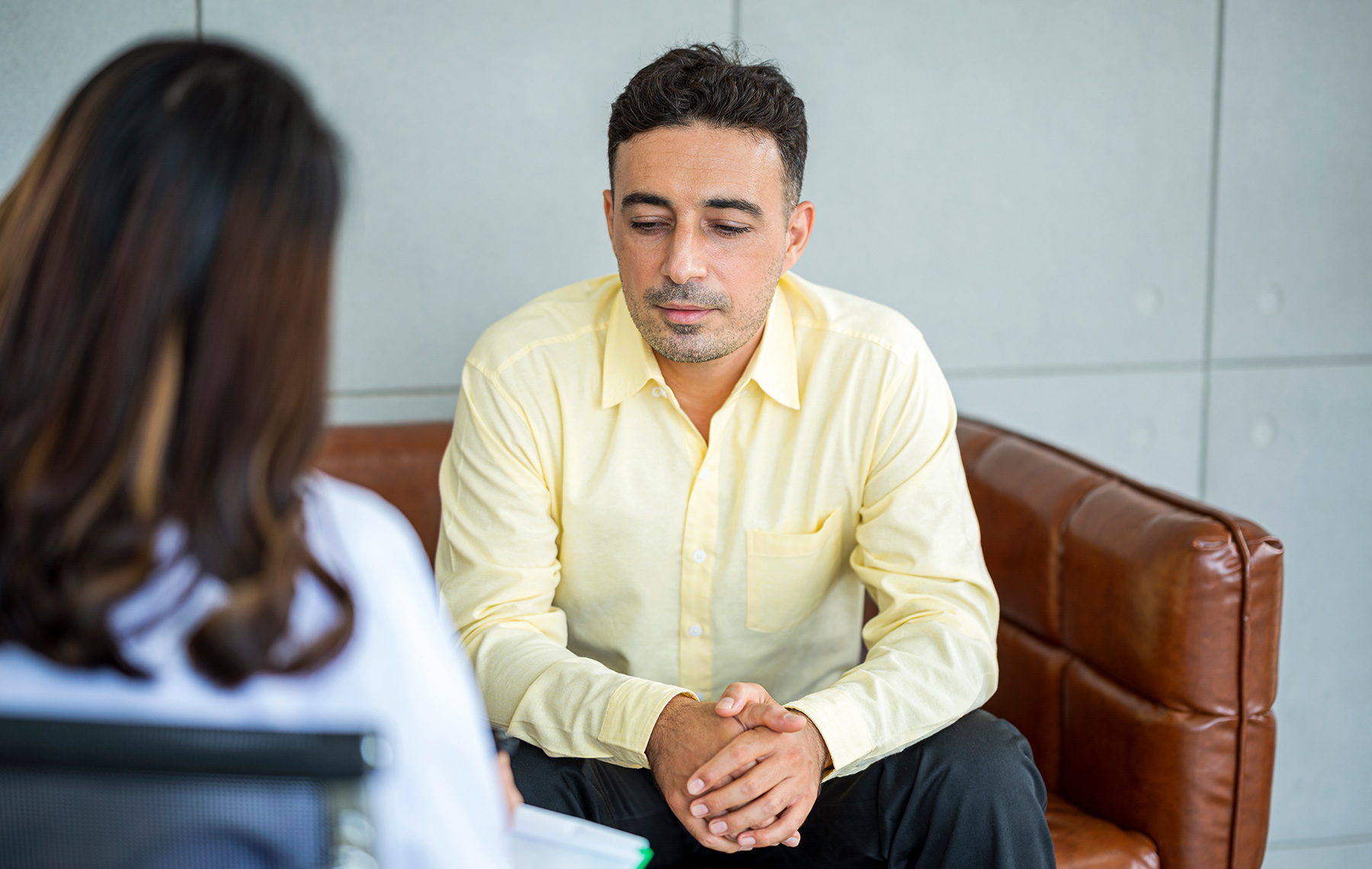 Getting the right help

You will also want to gather referrals. Find local community centers or health centers, or other supportive and affirming organizations to make recommendations. Then, armed with that information, make the call to get the help you need.

Supporting you at AltaMed

AlteMed wants you to know that you are not alone, and we are here to help you Grow Proud. Our Behavioral Health team is available to provide short-term therapy to help you overcome any immediate challenges. We can also link you with mental health services if you need long-term therapy. For additional help finding mental health resources, visit CalHOPE.

There are licensed clinical social workers who speak English and Spanish available in our Los Angeles County and Orange County locations.