More than 100 million people — or half the adults — in the United States have high blood pressure, also known as hypertension. It means their heart works harder than necessary to move blood through the body.

Hypertension has been called “the silent killer” because there are no obvious symptoms. The only way to know you have high blood pressure is to get it checked regularly. 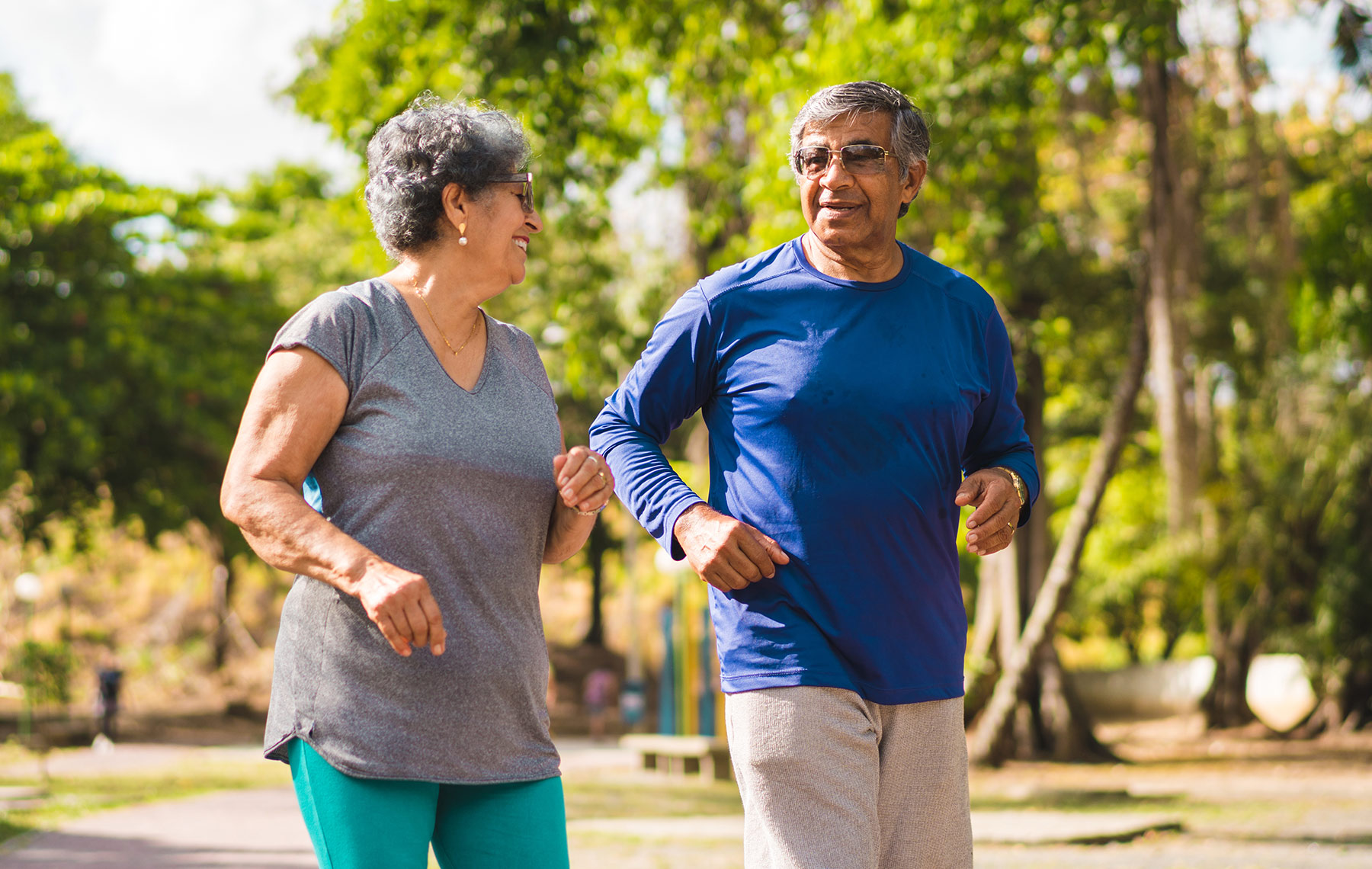 Know how to manage risks

Being overweight makes your heart work harder. Eating a high-cholesterol diet does too. If you don’t exercise, and you smoke, drink too much, eat a salty diet, and generally don’t take care of yourself, you’re a prime candidate for high blood pressure.

The good news is you can control those factors. 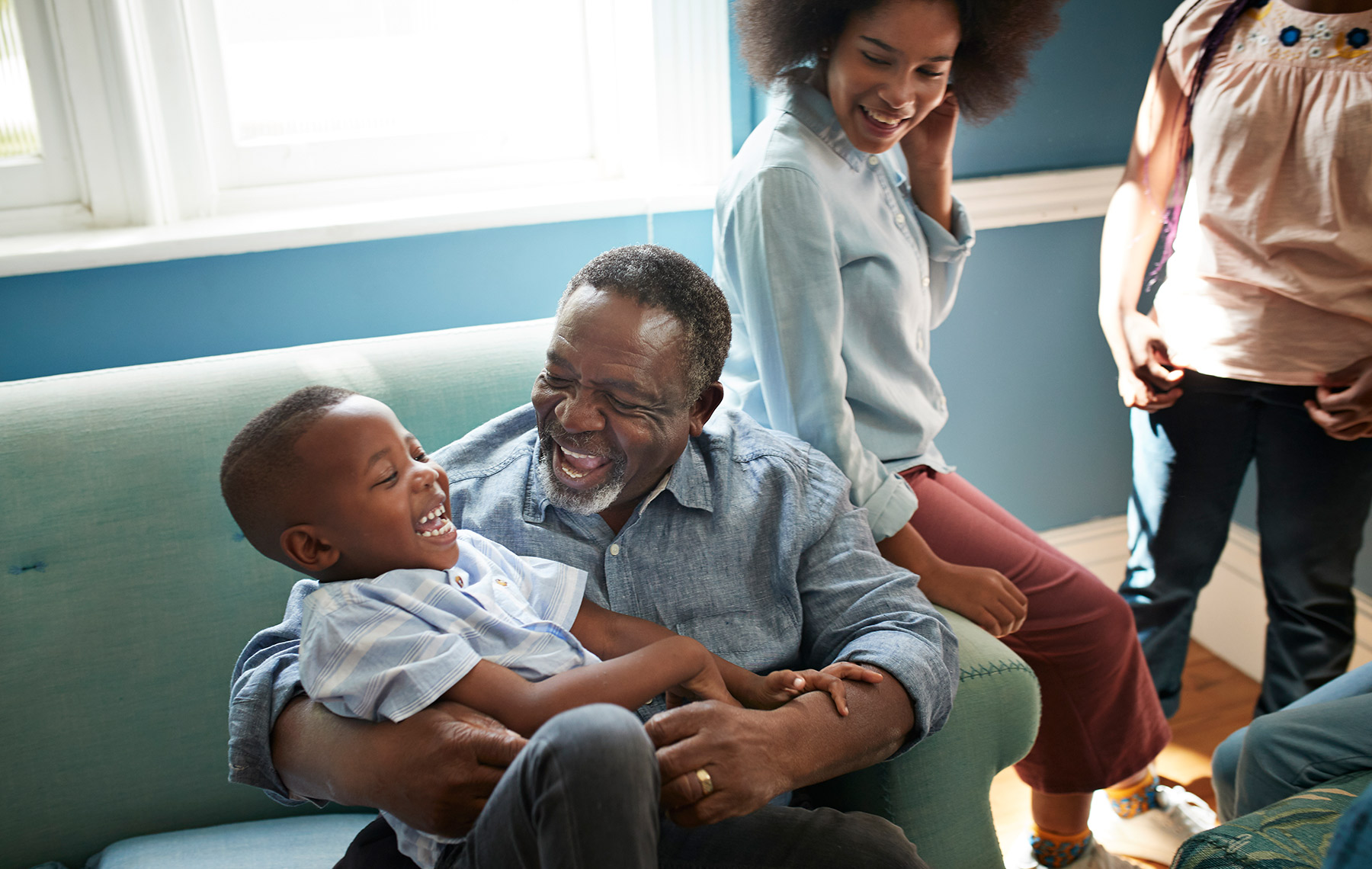 Some factors you can’t control

While staying healthy plays a huge role in controlling or even avoiding high blood pressure, you can’t escape who you are. Your family history plays a role in whether or not you face increased risk for high blood pressure. It also affects African Americans more frequently.

Hypertension affects more Black adults (54%) than any other group. High blood pressure also develops earlier in life and is more severe. There are a number of theories about why this happens including the higher rates of obesity and diabetes among African Americans. There may also be a gene that makes African Americans more sensitive to salt, which boosts blood pressure.

Control of blood pressure among Black adults is also lower (25%) than it is among non-Hispanic white adults (32%). Among Hispanic adults only 25% have their blood pressure under control, but among Asian adults it’s only 19%.

Racial disparities in the access to treatment and care have been cited as factors in the frequency and management of high blood pressure. Some groups have limited access to jobs that provide health insurance, so they don’t have access to regular doctors who could help them identify their conditions, or professionals who could help them monitor or control their hypertension. In Southern California, qualifying residents have AltaMed to provide that support. 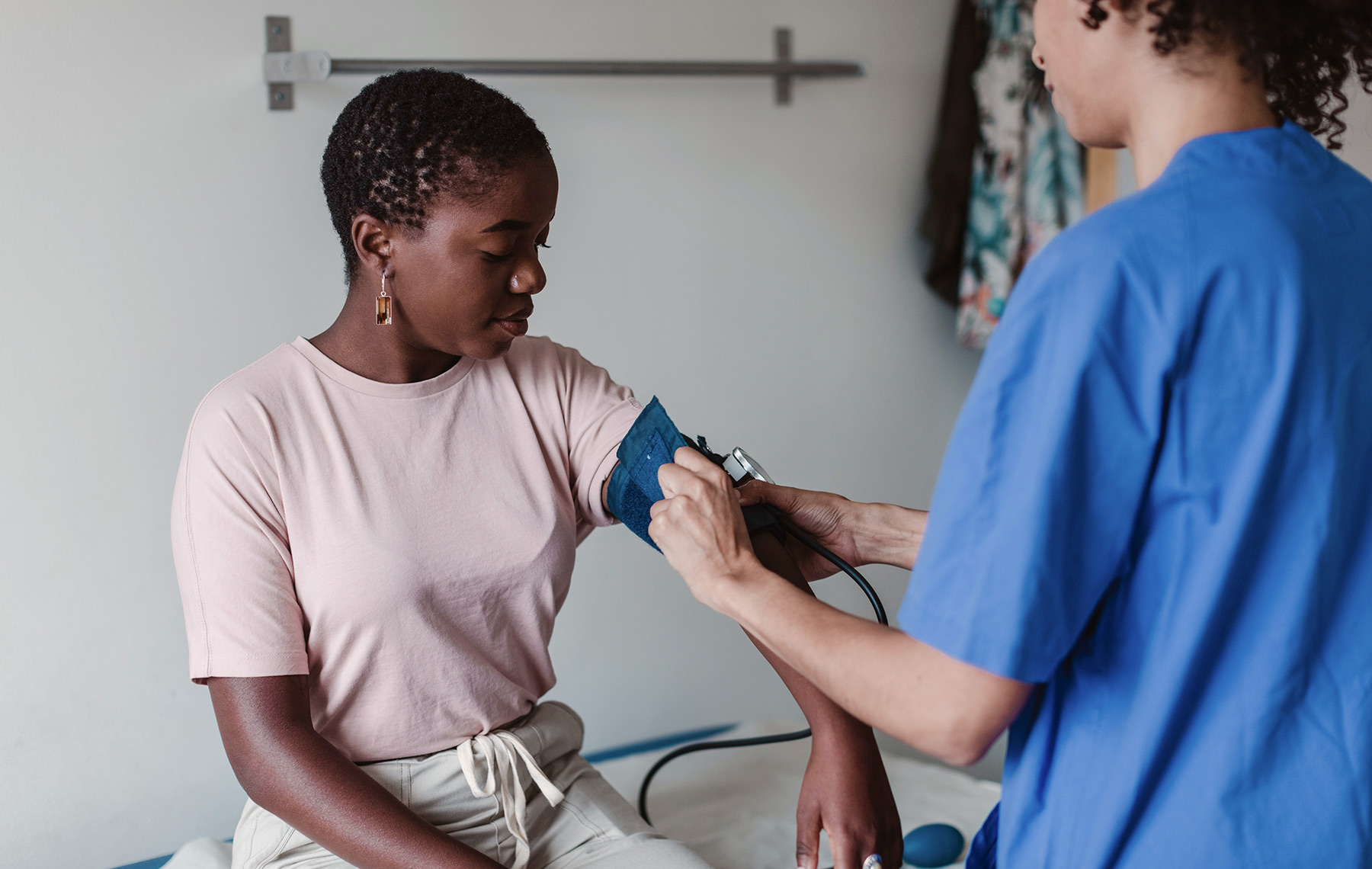 They’re also at greater risk once they have reached menopause. In menopause, the woman has gone at least a year without having a period. Blood pressure goes up along with the “bad cholesterol” and certain fats in the blood. “Good” cholesterol declines or stays the same.

Women with perfectly healthy blood pressure can develop hypertension during pregnancy. It effects one in 25 pregnancies and usually goes away after delivery. But if it’s not controlled, it can be life-threatening for the mother and baby.

If you have high blood pressure or think you might, regular checkups can ensure it stays in an acceptable range or take action if it’s not. Some people may need medication to control their blood pressure but making healthy lifestyle changes should always be the first course of action.

If you’re like many Americans – about 100 million, or almost half of all adults, according to the American Heart Association – you have high blood pressure. It basically means that your heart has to work too hard to pump blood throughout your body.

If high blood pressure sounds serious, it is, especially if it’s left to rise. However, finding out if you have it is easy: when you see a doctor, one of the first things they do is check your blood pressure with that inflatable cuff known as a sphygmomanometer. 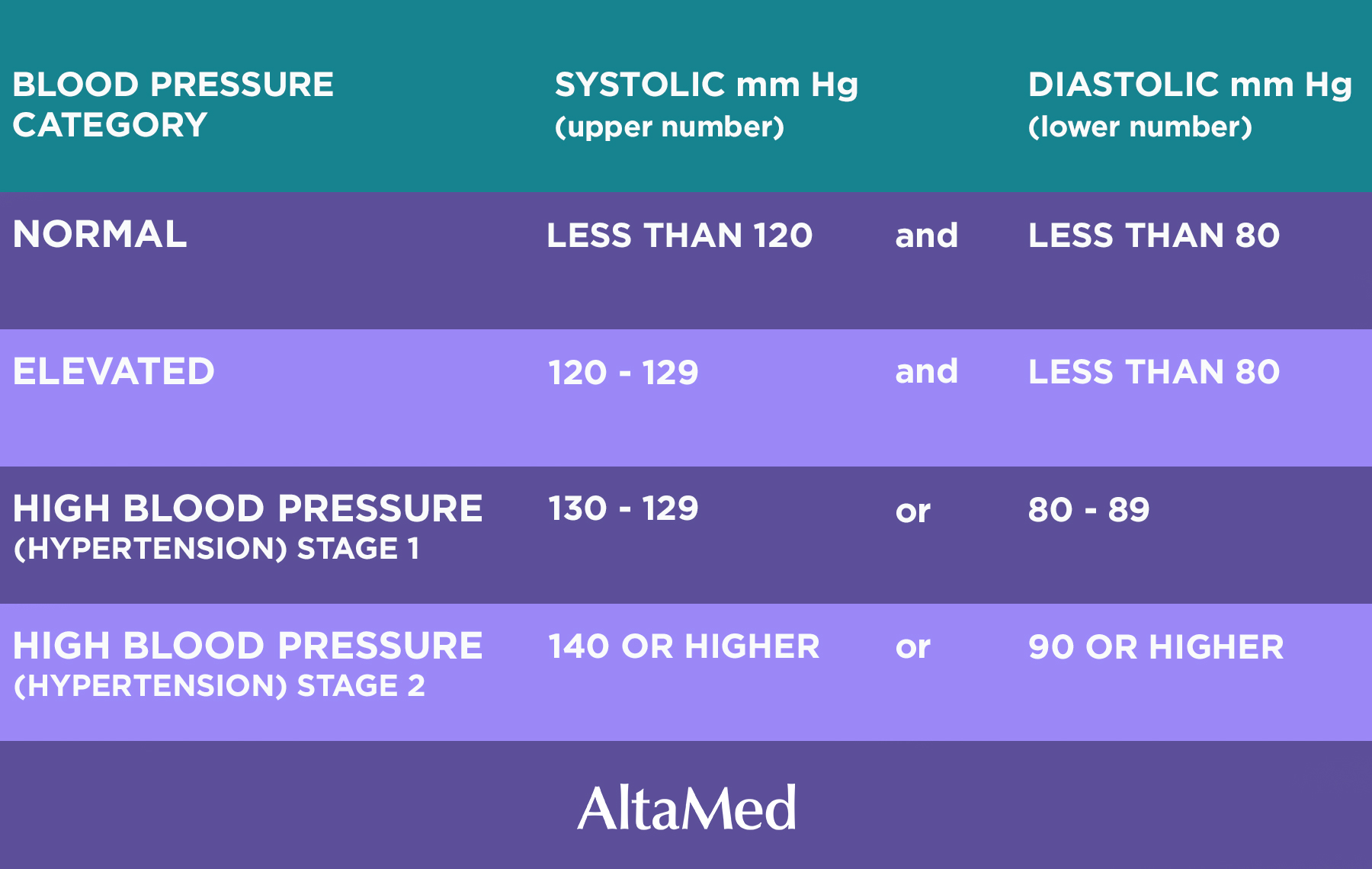 The good news is that there are plenty of ways to reduce your blood pressure and improve your heart health. 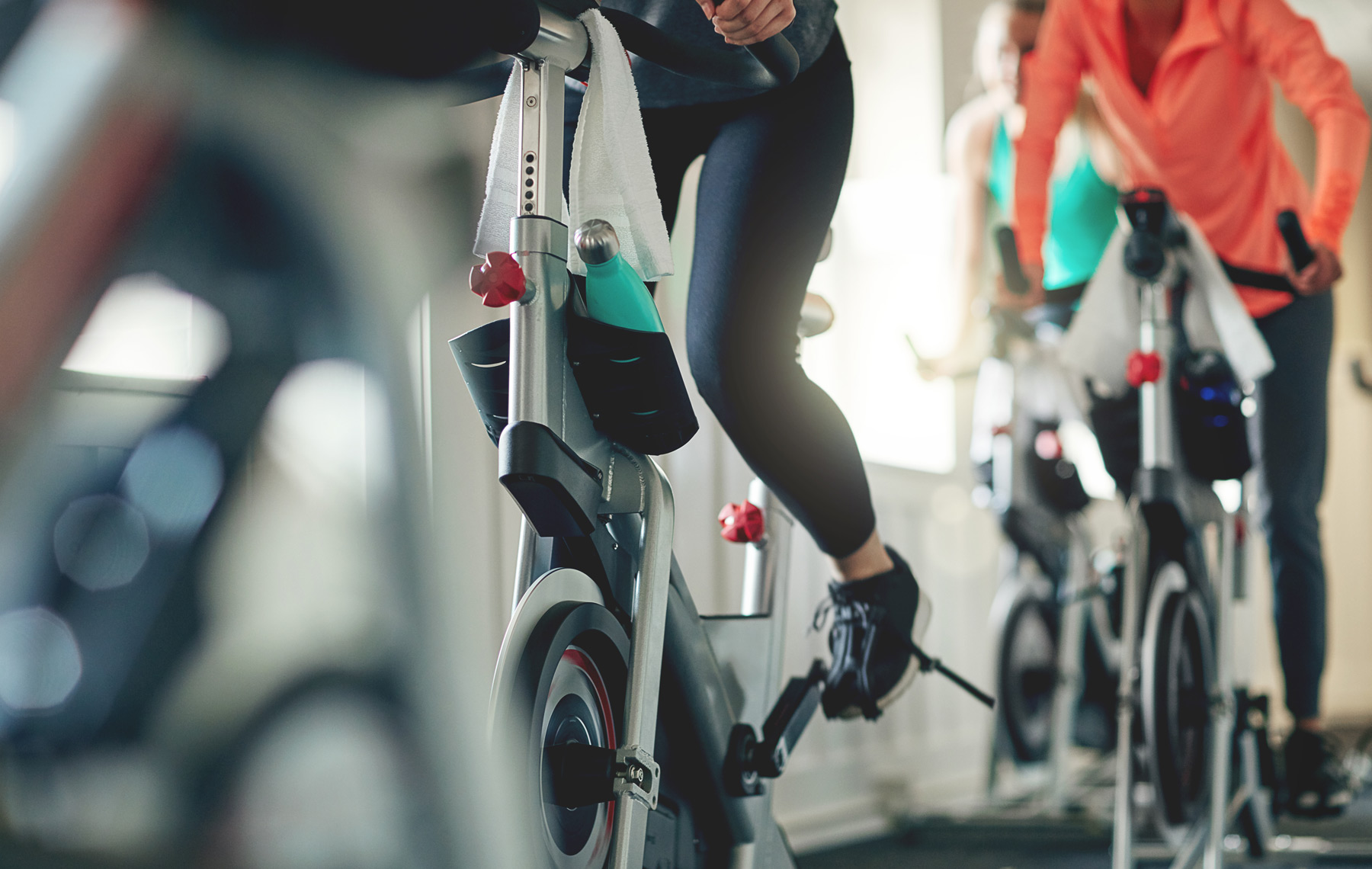 Engaging in at least 30 minutes of cardio exercise a day is one of the best ways to lower your blood pressure. Don’t worry about joining a gym: taking a walk, hike, or bike ride outdoors is a great way to get cardio. Every bit helps 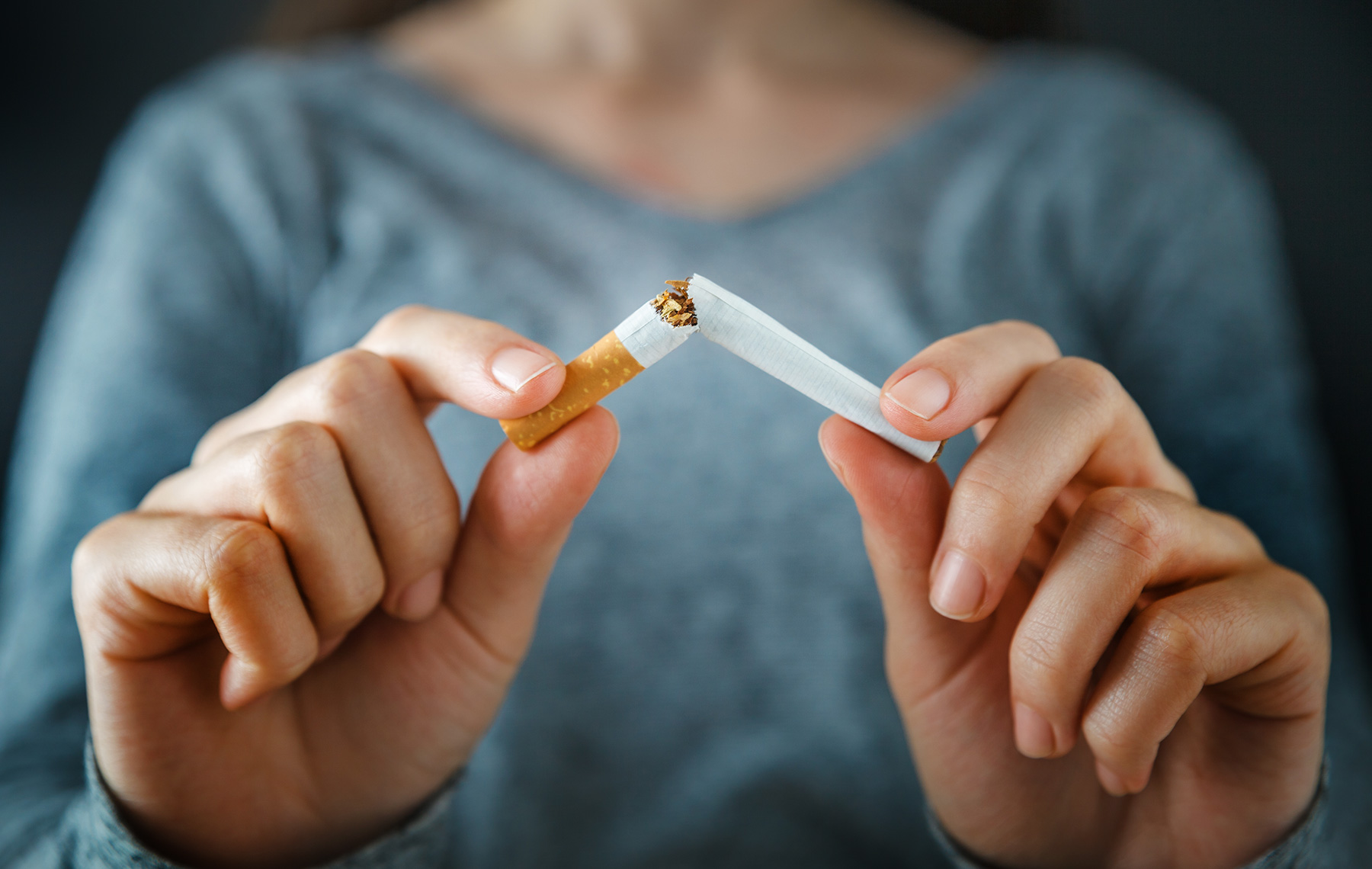 Smoking, using chew or dip, vaping, or any tobacco or nicotine consumption immediately raises your blood pressure. Many of these substances contain chemicals that damage your heart (and many other parts of your body).

Cut Back on Your Drinking 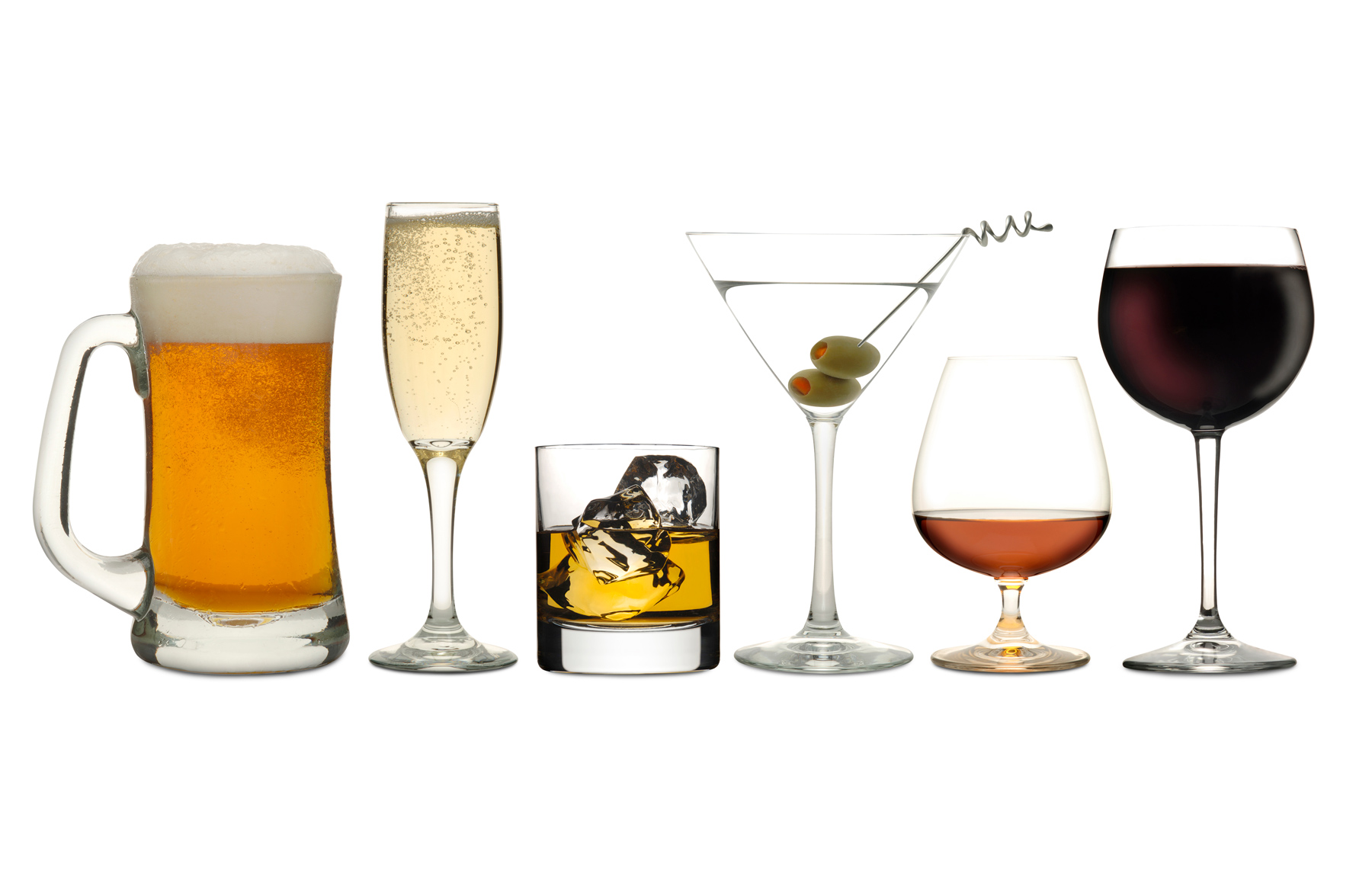 Many people who enjoy a drink or two say that it helps them feel less stressed. You’ve also probably read that having a glass of wine is good for your heart. Unfortunately, there’s no hard scientific evidence that shows that any alcoholic beverage can actually lower your blood pressure. If you drink, do so in moderation: no more than one drink a day for women, or two for men. 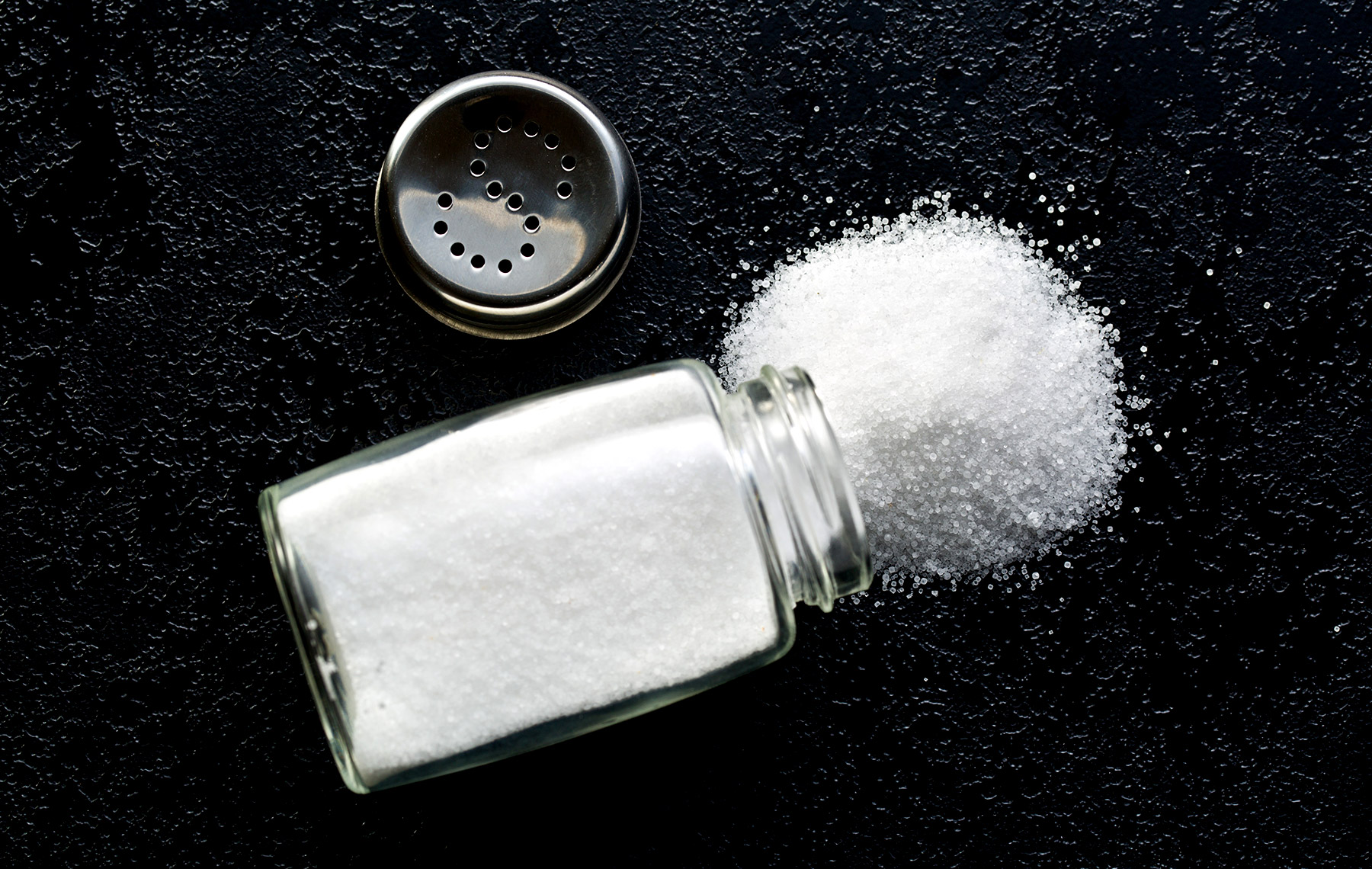 Cutting the amount of salt you add to your food is a step in the right direction. But even if you stop adding it to your meals, you may still be getting an unhealthy amount of salt. These tips can help you sweep out the sodium.

Watch Your Weight – and Your Waist 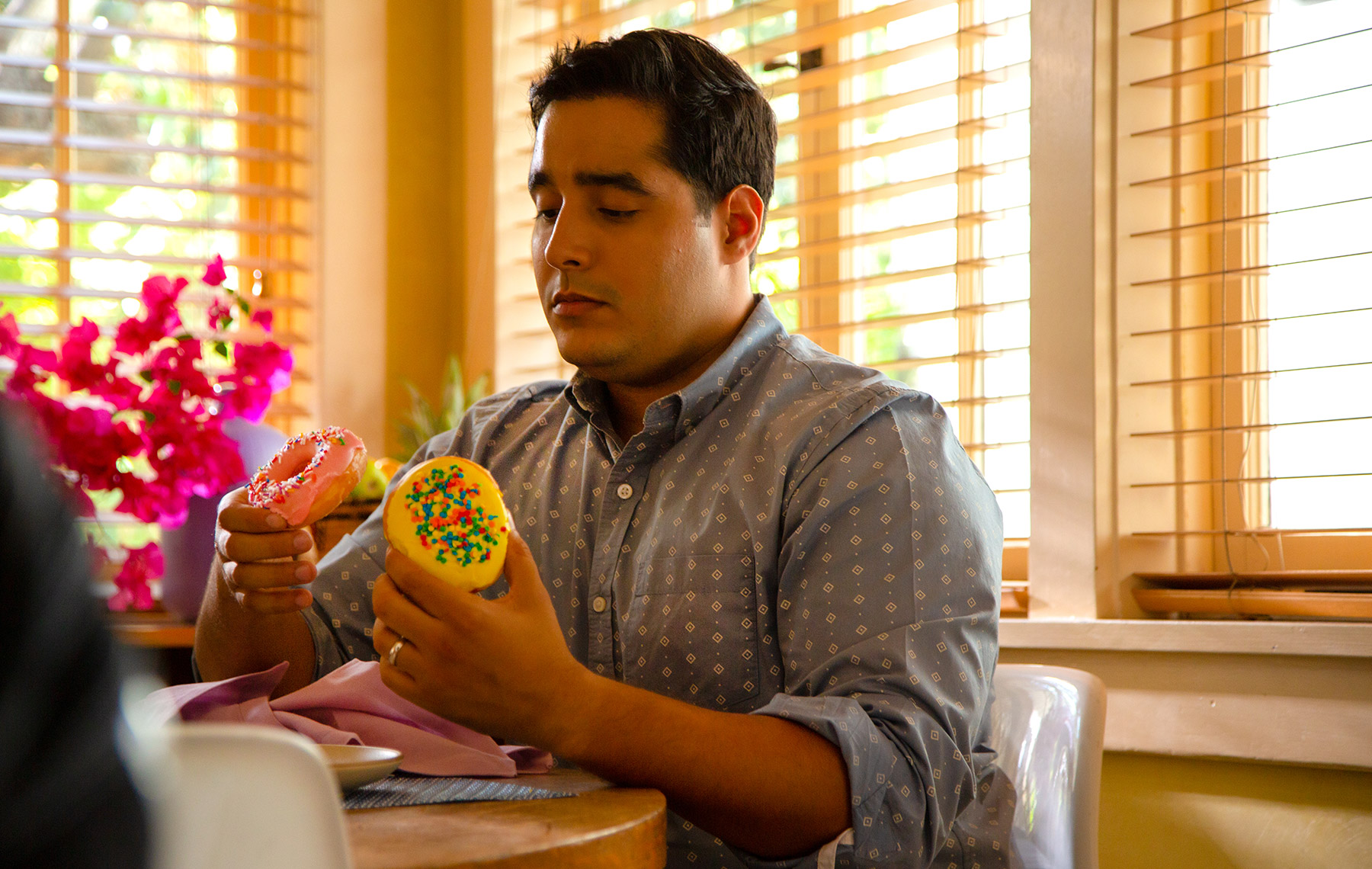 If you carry your extra weight in your stomach (if you’re apple-shaped rather than pear-shaped), you may be 22% more likely to have high blood pressure. The diet and exercise tips above can help you reduce your weight and your waistline but ask your doctor about realistic goals based on your health history. 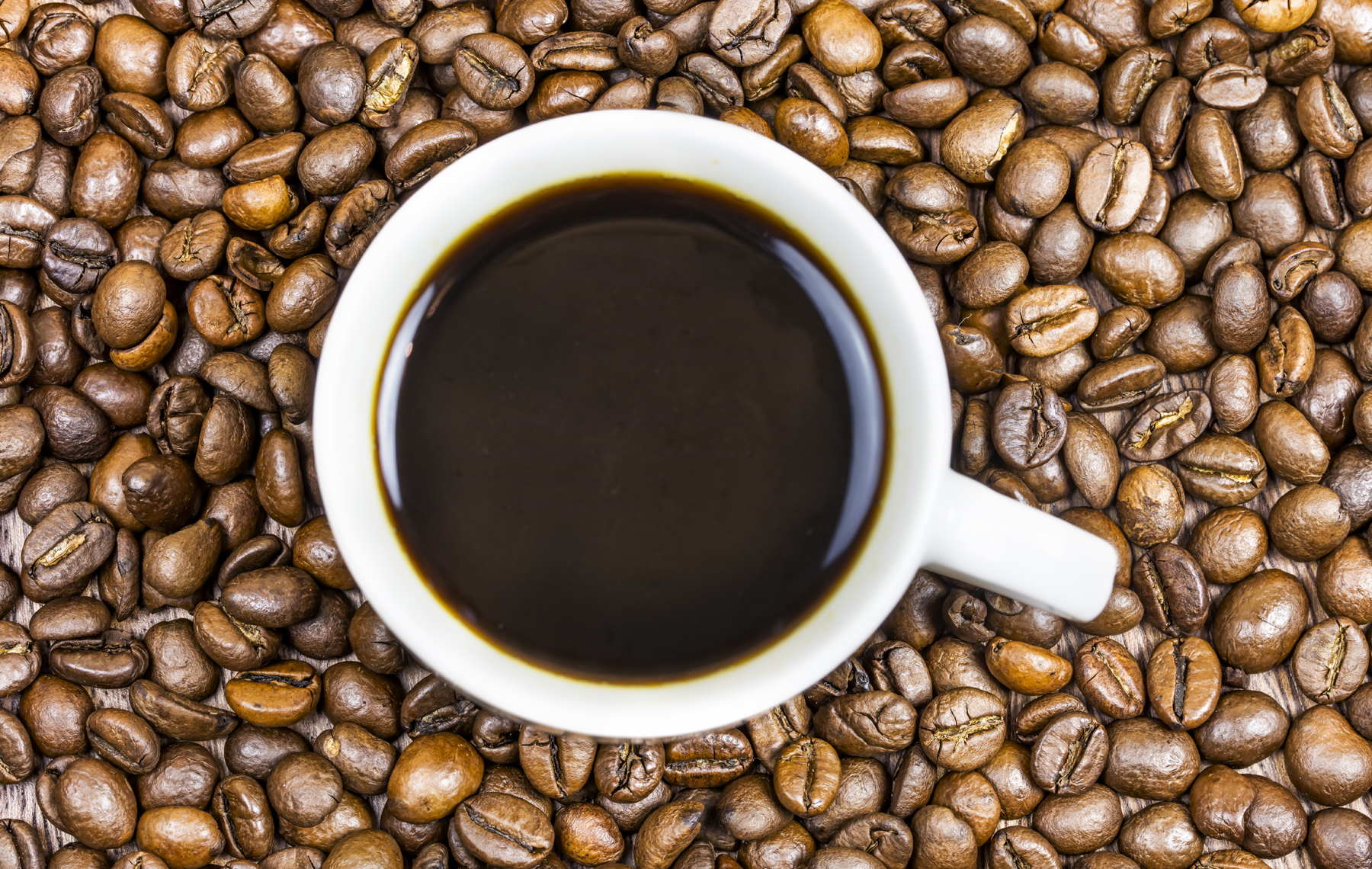 Even though caffeine has some health benefits, not everyone can tolerate it. For many people, a cup of coffee or a soda may be enough to spike their blood pressure. If you’re looking to stay hydrated, consider some of these healthy beverages.

Keep Your Stress Down 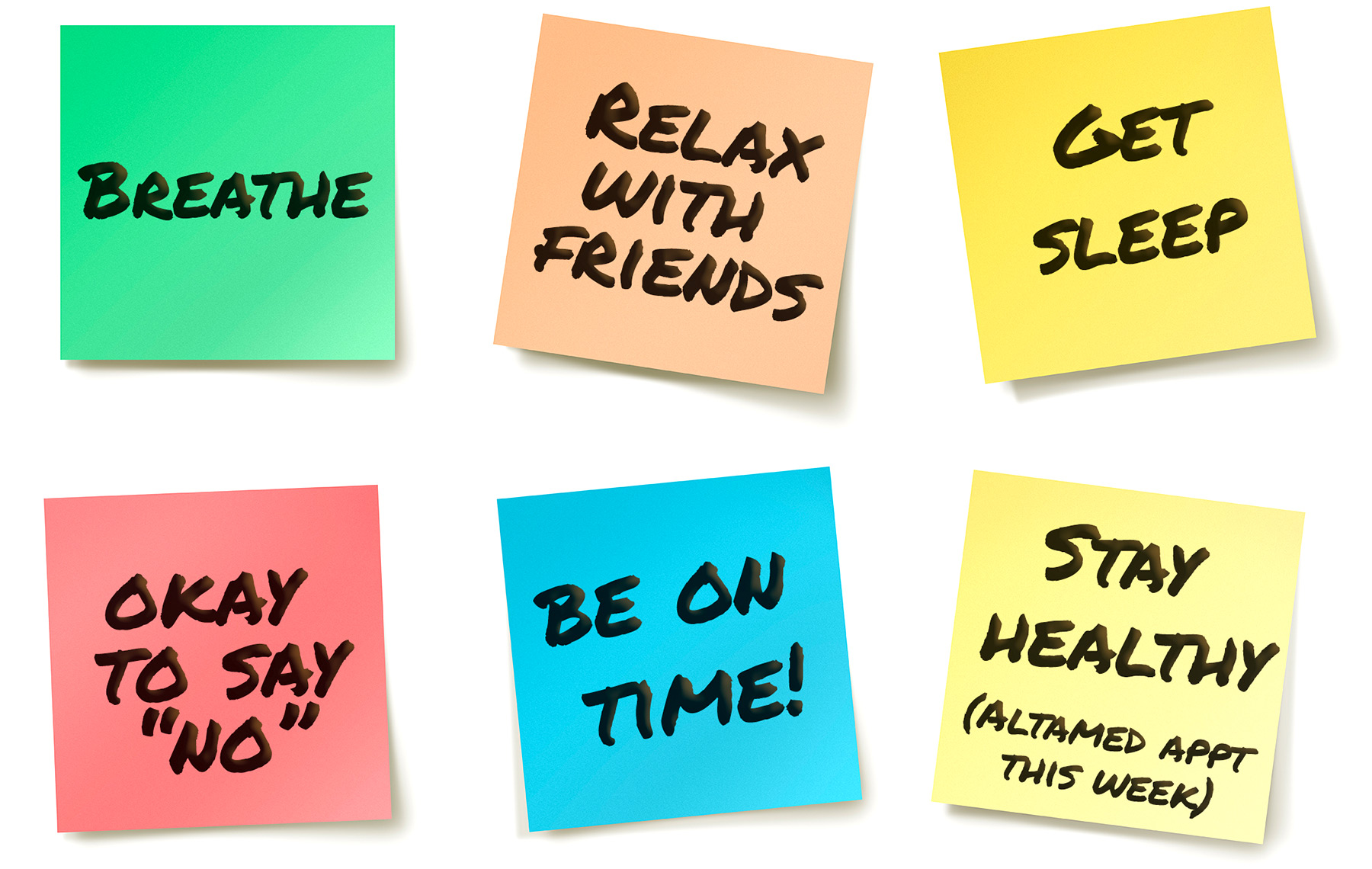 Science still isn’t 100% sure of why stress and high blood pressure are linked; it could be that when people are stressed, they eat unhealthy foods and drink more. If you have high blood pressure, learning how to control your stress may help lower it, cut your risks for other conditions, as well as helping you reduce your number of headaches, colds, and sleepless nights.

Think You Have High Blood Pressure? Call Us

For those who do have high blood pressure, regular checkups can ensure it’s in an acceptable range and then take action if it’s not. Some people may need medication to control their blood pressure but making healthy lifestyle changes should always be the first course of action. Call us to schedule an appointment and get personalized recommendations that can help your heart grow healthy.

Strokes Can Be Devastating but Entirely Preventable

The brain is an incredibly complex organ that controls our movement, speech, memories, and essentially makes us who we are. If something interrupts blood flow in just one of the vessels crisscrossing our brain, the result is a stroke, and those brain functions are put into jeopardy.

Stroke is the leading cause of disability in the United States and the fifth-leading cause of death. There are around 400 deaths in the U.S. each day due to stroke. The incidence of stroke among people 65 and older — when strokes are more common — has been going down since 1987. It has slowly been increasing among younger adults.

While strokes can be devastating, four out of five strokes are preventable. Changes to diet and behavior, along with cholesterol and blood pressure medication, have helped cut death rates significantly in the last 20 years. Rapid stroke recognition has also improved recovery chances for those who have suffered a stroke. 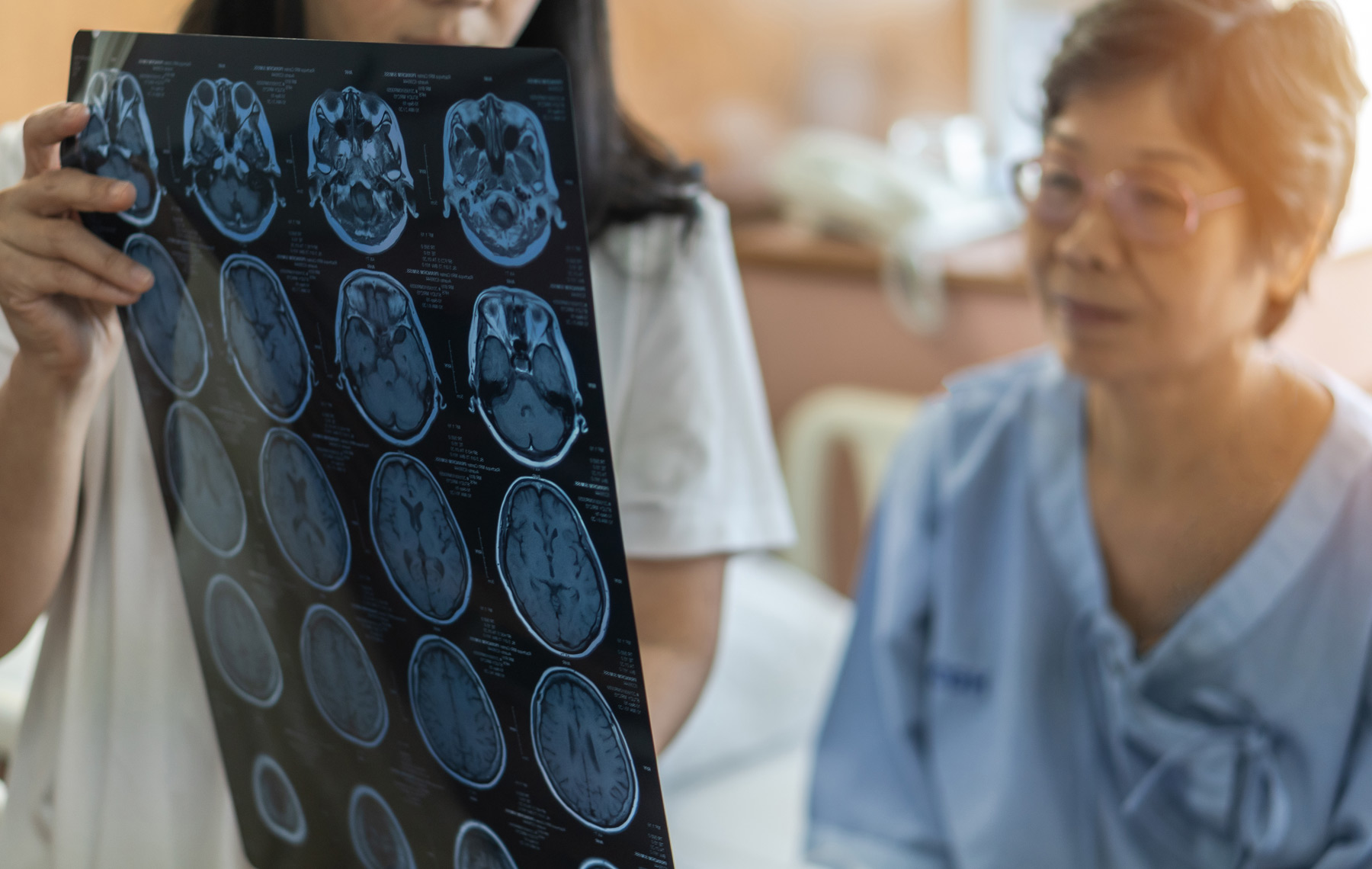 When blood is not flowing to a part of the brain, it is being deprived of oxygen, and the brain cells in that area start dying. Symptoms include numbness on one side of the body, confusion, blurred vision, a severe headache, and trouble walking. Knowing the symptoms of a stroke and responding quickly are crucial for limiting the damage that results. Think “FAST” when identifying the symptoms of a stroke.

Face — Look at the person’s face. Ask them to smile and see if one side droops.

Arms — Have the person hold both arms in front of themselves. It’s likely one arm drifts down or is unable to rise.

Speech — Talk with the person and note if their speech is slurred or incoherent.

Time — Check the time to see when these symptoms started and dial 911 immediately.

Don’t wait for the symptoms to stop and call even if things seem to go back to normal. The damage or disability caused by a stroke is greater the longer it goes untreated. 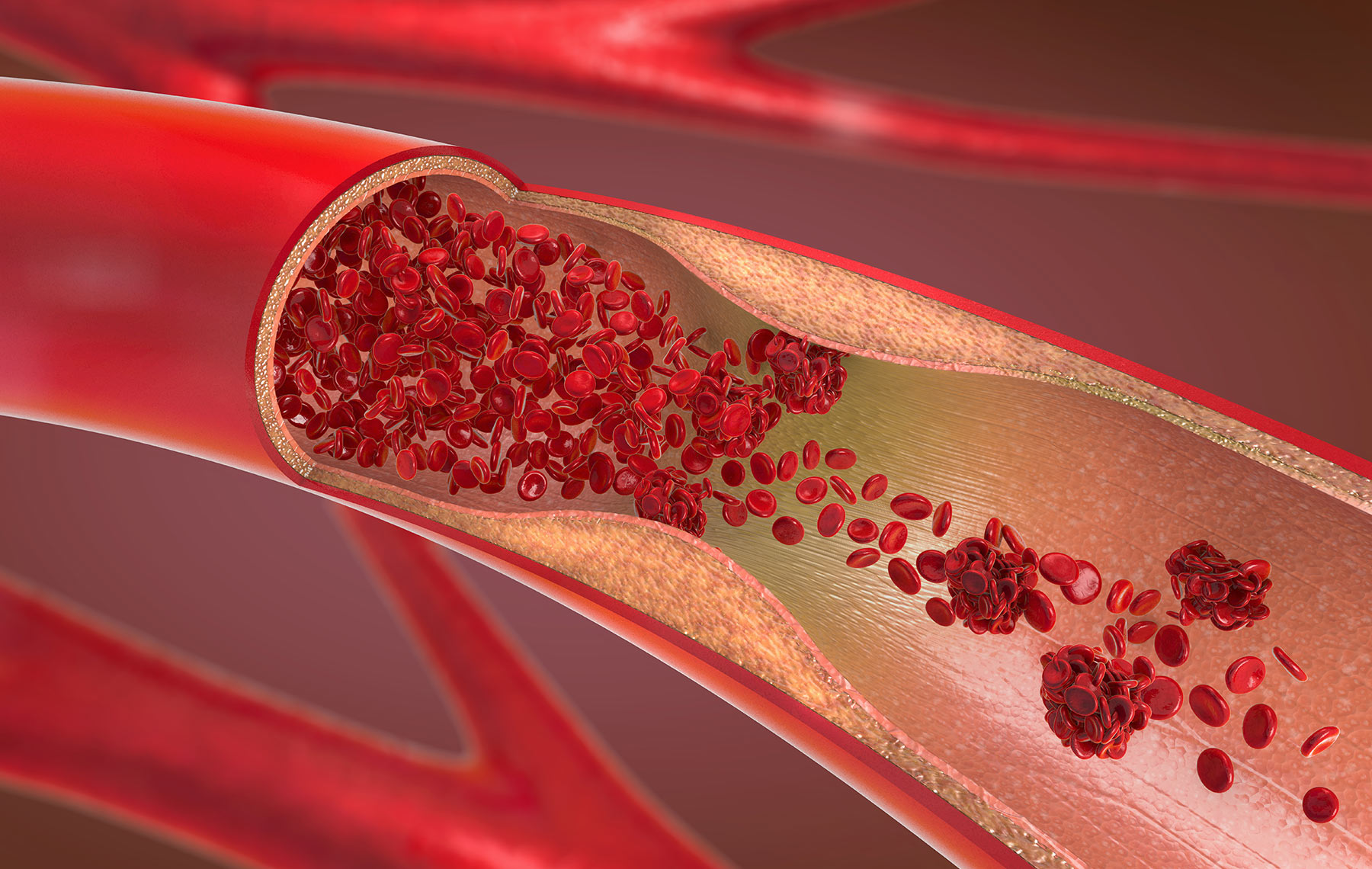 When someone has a stroke, there is an 80% chance it is an ischemic stroke. These are caused by a blockage in an artery in the brain. A hemorrhagic stroke occurs in 20 percent of stroke patients. This type of stroke is caused when a blood vessel ruptures and blood goes where it shouldn’t and damages tissue.

The most common treatment for ischemic strokes is a drug that dissolves the clot, but it must be given within three hours of the stroke. Clots can also be removed by inserting a stent to clear the blockage.

In a hemorrhagic stroke, the bleeding must be stopped. A catheter with a small camera will be inserted so the doctor can see what’s happening. When it reaches the source of the bleeding it will deposit a coil to close the rupture. In the case of an aneurysm, where there is swelling in the vessel, surgery may be required.

A transient ischemic attack (TIA) is a temporary restriction of blood flow to the brain. Sometimes the blockage is so brief and the symptoms so minor they go unnoticed or are easily dismissed. A TIA is often a precursor to a more serious ischemic stroke. It’s important NOT to ignore the symptoms and seek medical attention immediately. 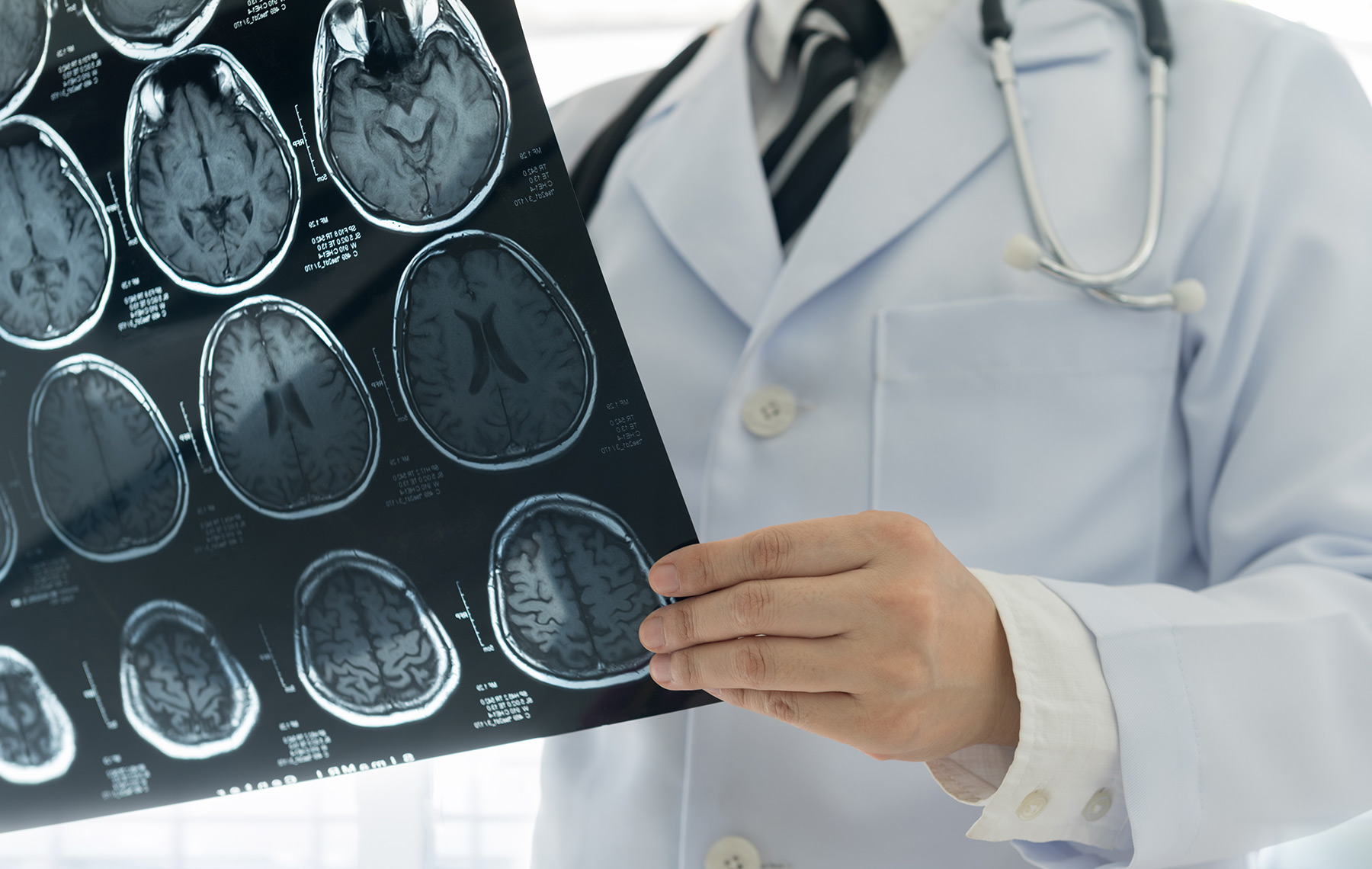 The sooner treatment is administered, the better the odds of recovery. Unfortunately, once the damage has been done, it is permanent. Brain cells die and the body doesn’t make more.

Physical and occupational therapy are often required to help stroke patients relearn to walk, eat, swallow, regain control of muscles, speak, or care for themselves. A stroke may cause some to lose memories or encounter problems with critical thinking. These can all be relearned with time and therapy. 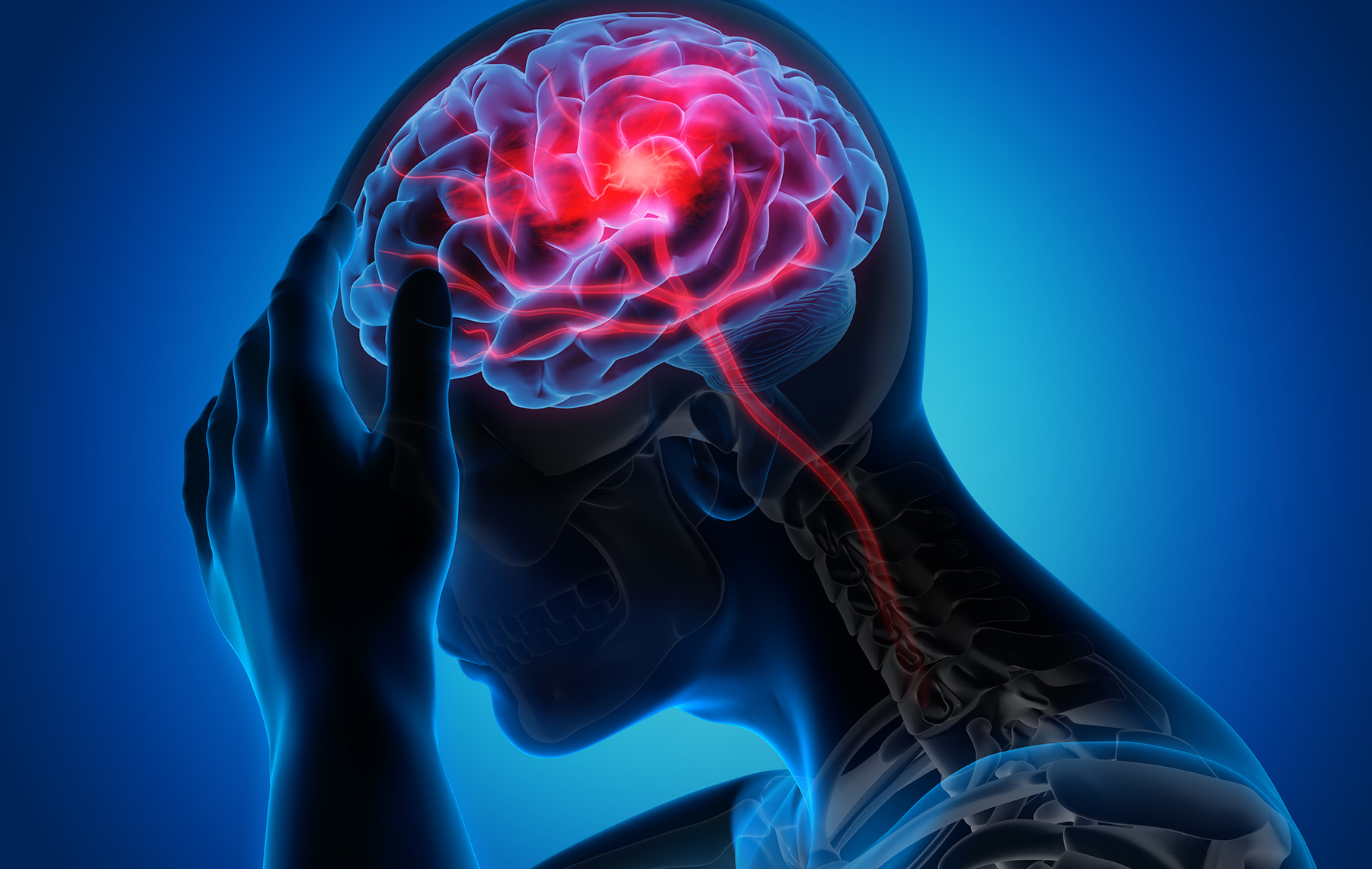 Everyone is in danger of having a stroke. Children can suffer strokes just before birth and a few weeks after. Women are less likely than men to suffer a stroke, but they must deal with unique risk factors tied to hormonal changes like pregnancy, childbirth, and menopause, that increase the chance. Nearly 800,000 Americans each year have a stroke, and 75% of those are first strokes. One-third of stroke patients have another stroke within two years.

Stroke risk increases with age: the majority of strokes affect people over 65. African Americans and Hispanics are at an increased risk of stroke. African Americans, however, are twice as likely to die from a stroke as whites or Asians.

Everyone can reduce the risk of having a stroke by doing the following: 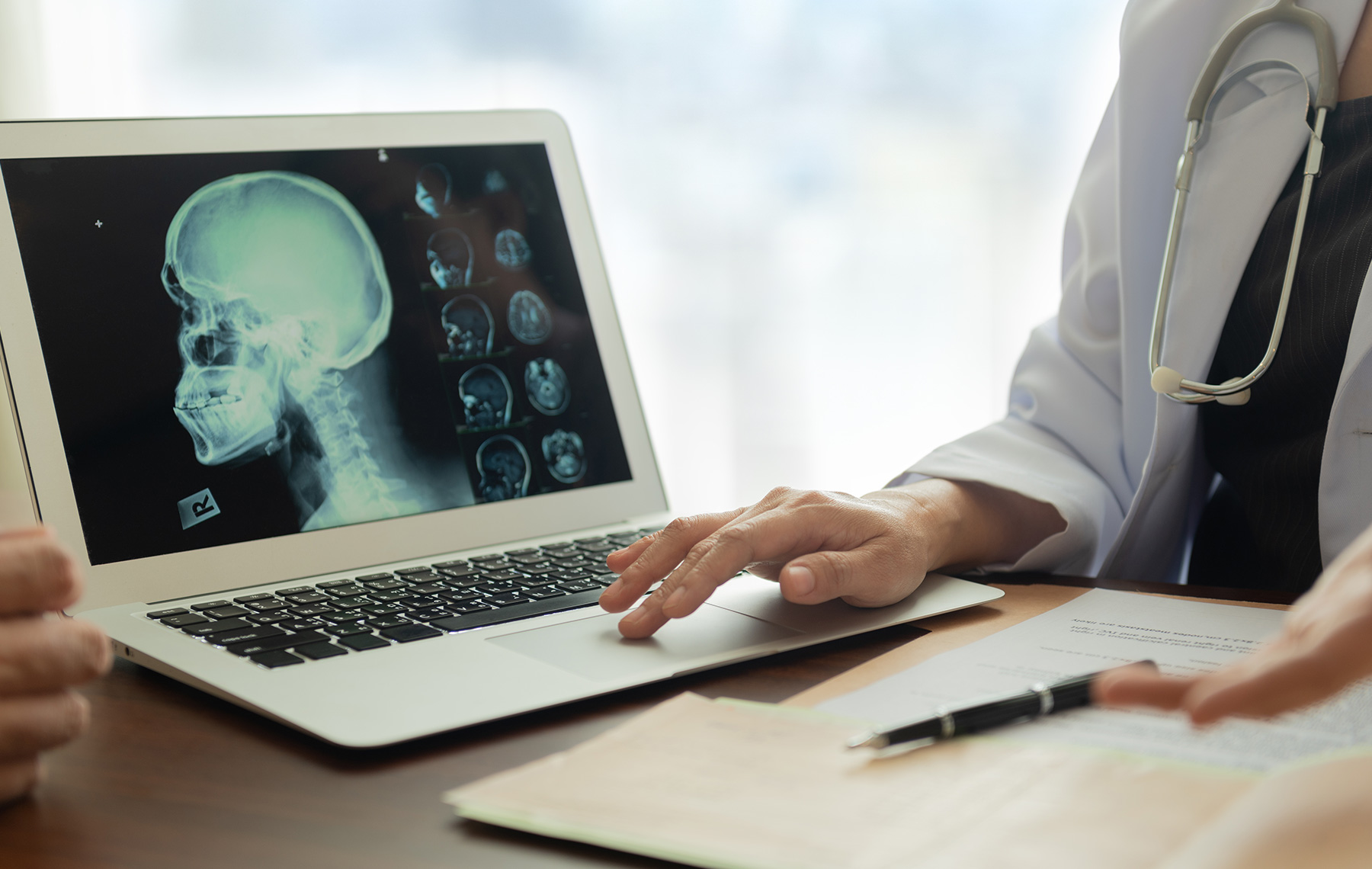 High blood pressure, diabetes, sleep apnea, and cardiovascular disease are contributing factors but they are controllable with a doctor’s care.

AltaMed offers many programs to improve people’s overall health and reduce the risk of stroke. They include: