Why Voting in Midterm Elections is Essential

Every two years, Americans gather to elect the United States House of Representatives, as well as vote on a wide variety of local ballot measures. Depending on the year and the state you live in, you may vote for your Congressperson, Senators, and Governor. These races are collectively known as midterm elections, as they occur at the halfway point of the Presidential term.

Midterm elections have massive consequences on a local, state, and federal level. That’s why becoming an active, informed voter is essential. Before this year’s midterms on Tuesday, November 8, here’s everything you should know about what’s at stake for Californians.

Midterms give voters the chance to elect a Congressperson who will represent their district in the United States House of Representatives. Because of California’s massive population, the state is awarded 53 representatives – 12% of the total 435 that form the House. You can find your current Congressperson using your zip code.

While Congressional elections do not individually see as much press coverage as senate or presidential races, they are still extremely important and will impact national legislation for the next two years. 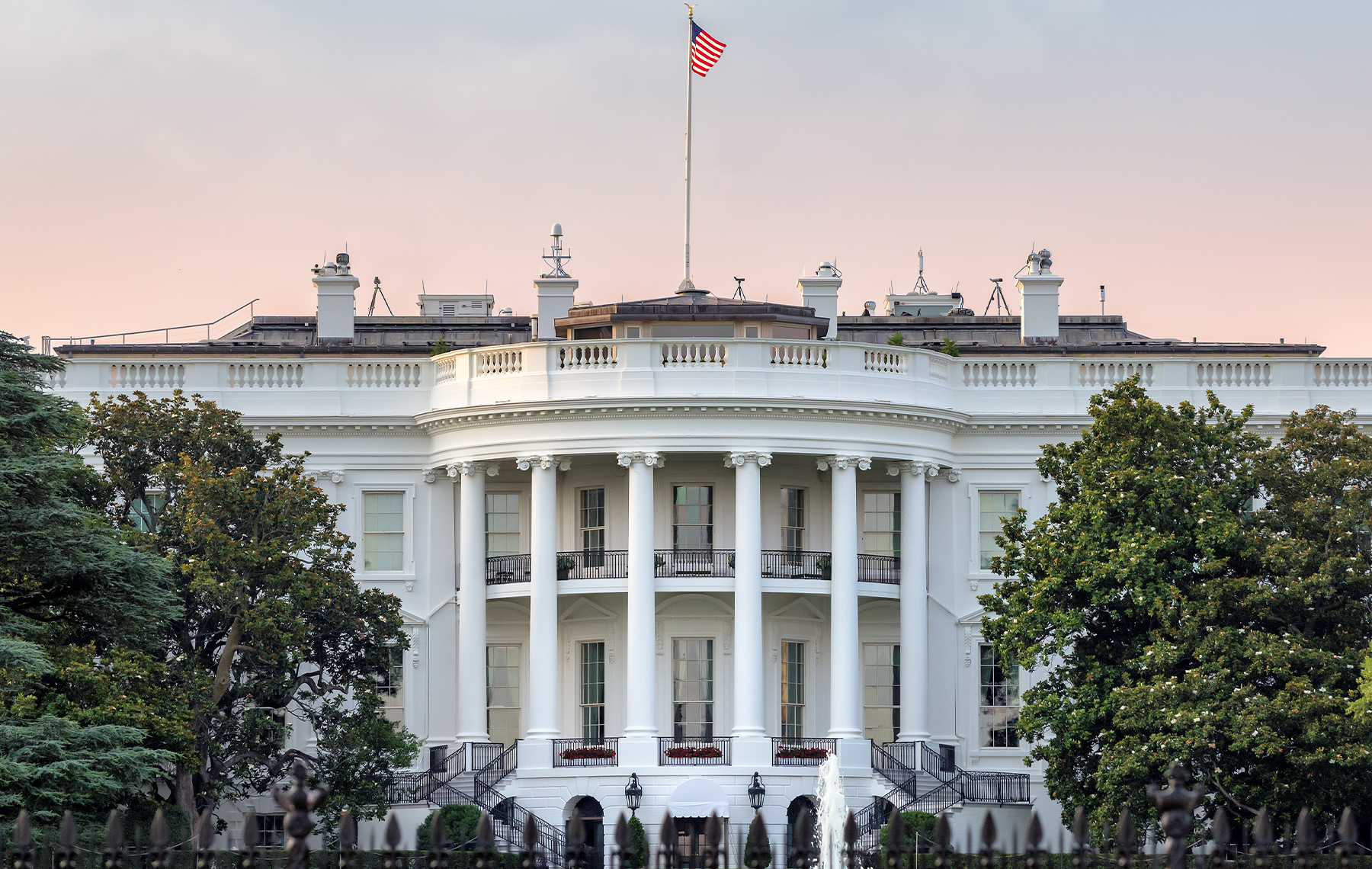 Historically, midterm elections see the political party that currently holds the Presidency – in 2022, this would the Democratic Party and President Joe Biden – lose seats in Congress. If Republicans win a majority of seats in the House of Representatives and/or the Senate, it is highly likely that President Biden’s remaining policy goals will fail.

The administration’s priorities include: 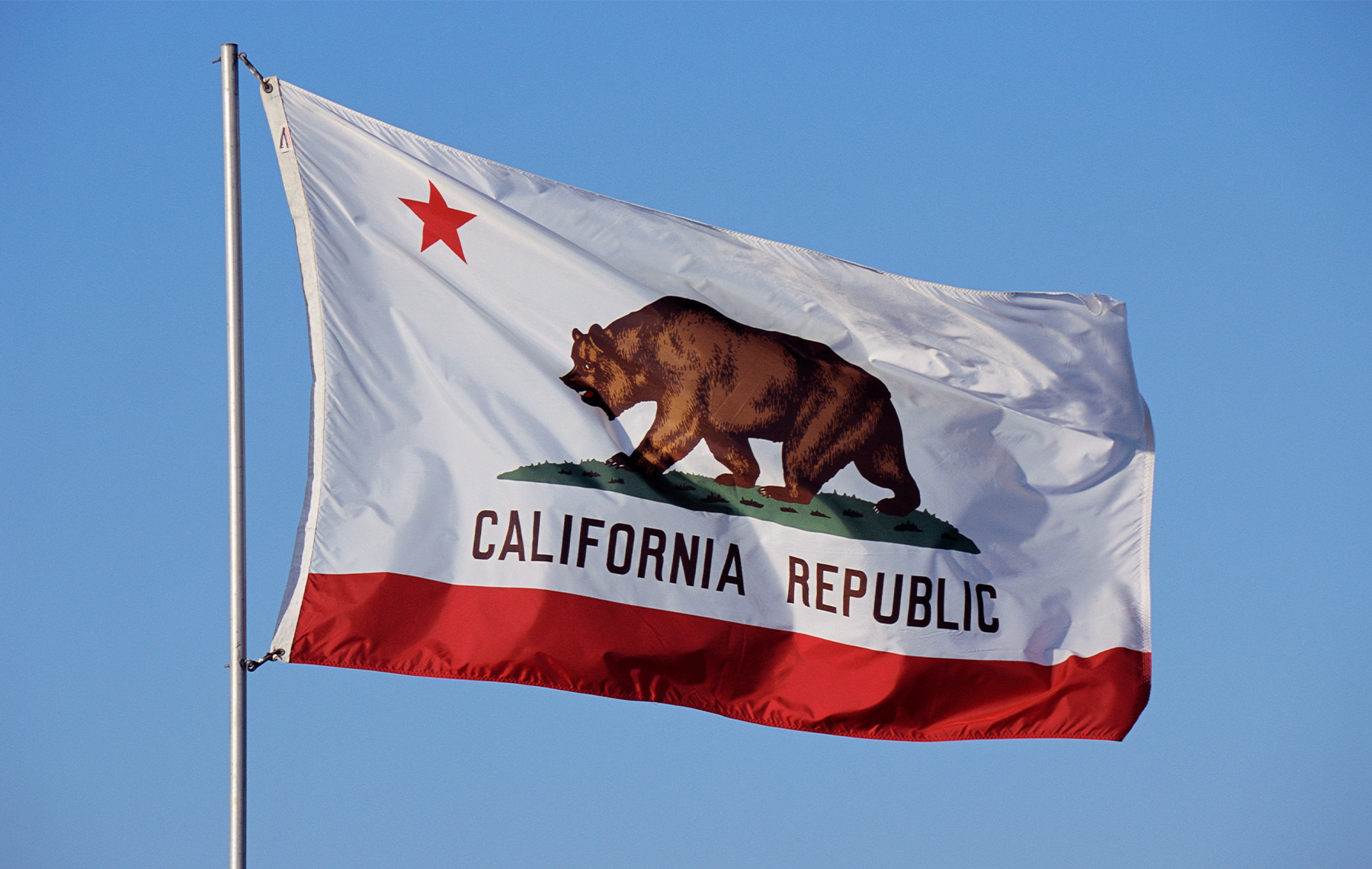 However, political positions aren’t the only thing on the ballot this November. Californians will be able to vote on a number of important policy changes at the state level. These include:

Grow Your Community’s Health with AltaMed

At AltaMed, we believe making your voice heard is essential to your health, as well as the health of your family and community. That’s why we created My Vote. My Health., a free resource you can use to register to vote, search for voting centers, learn about the issues, and find volunteer opportunities. Click here to gets started.

5 Reasons Why You Should Vote!

The 2022 midterm elections are fast approaching. These elections hold tremendous importance, and the results will impact every American. That’s why it’s essential to vote.

This year’s election, held nationally on Tuesday, November 8, goes beyond who will represent us in Congress. Voters will also elect representatives at the state, county, and city levels. Additionally, your vote will determine how California and its cities will move forward on important propositions, including reproductive rights, women's health, and other health care-related issues.

Here are five reasons why you should register to vote, vote early, and vote often: 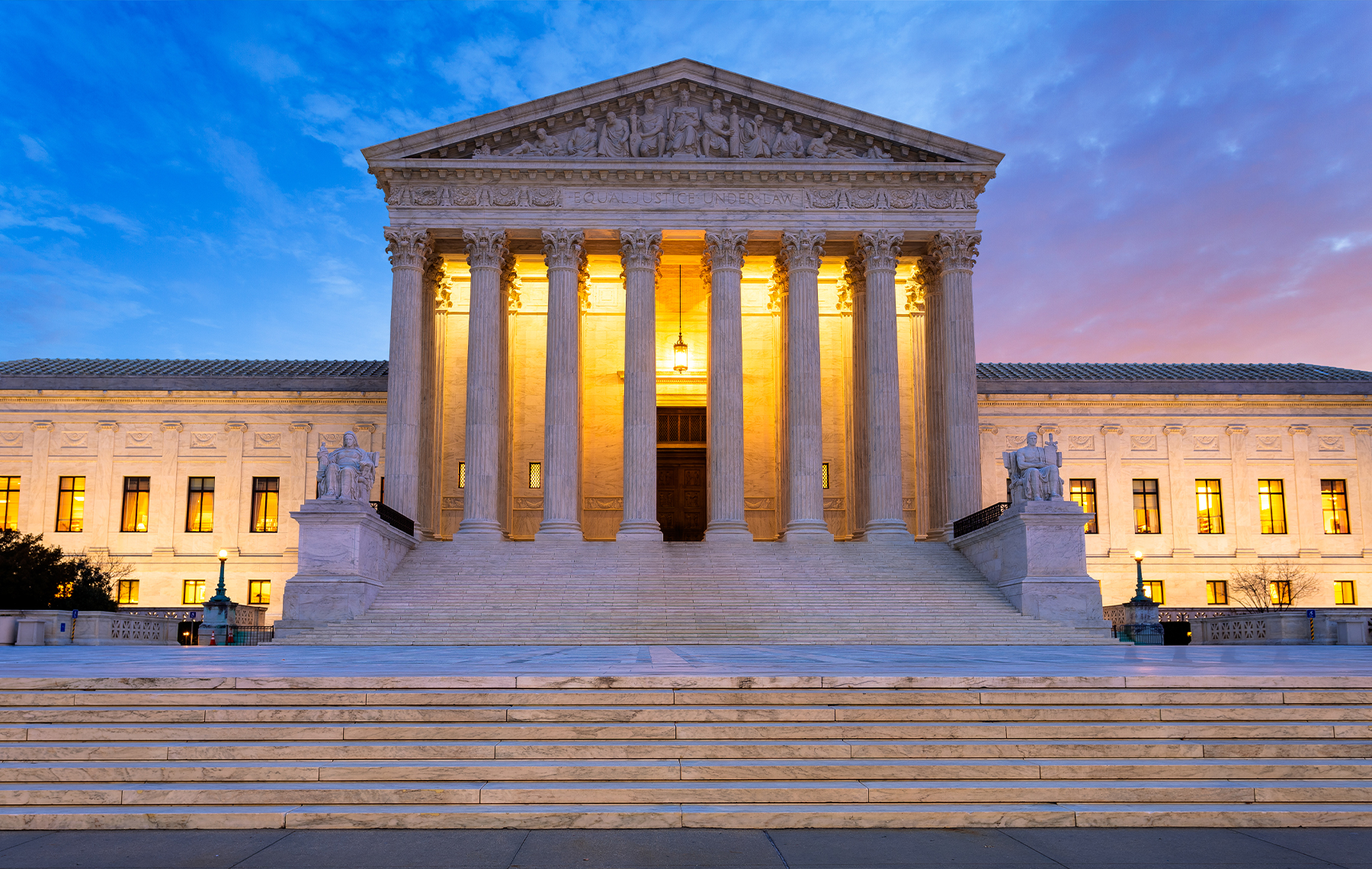 1. Elections have consequences. Every vote matters.

You have the power to make key decisions on the quality of life you want for yourself, your family, and your community. Voting is your chance to stand up for the issues you care about like affordable housing, economic justice, environmental protection, and quality education.

While Presidential or other national elections draw significant attention, midterm and local elections typically see less voter turnout. A Portland State University study found that fewer than 15% of eligible voters were turning out to vote for Mayors, Council Members, and other local offices.

Low turnout means that important local issues are determined by a limited group of voters, making a single vote even more statistically meaningful. While certain propositions may be popular, and therefore seem like a sure thing, they can fail if people stay home. 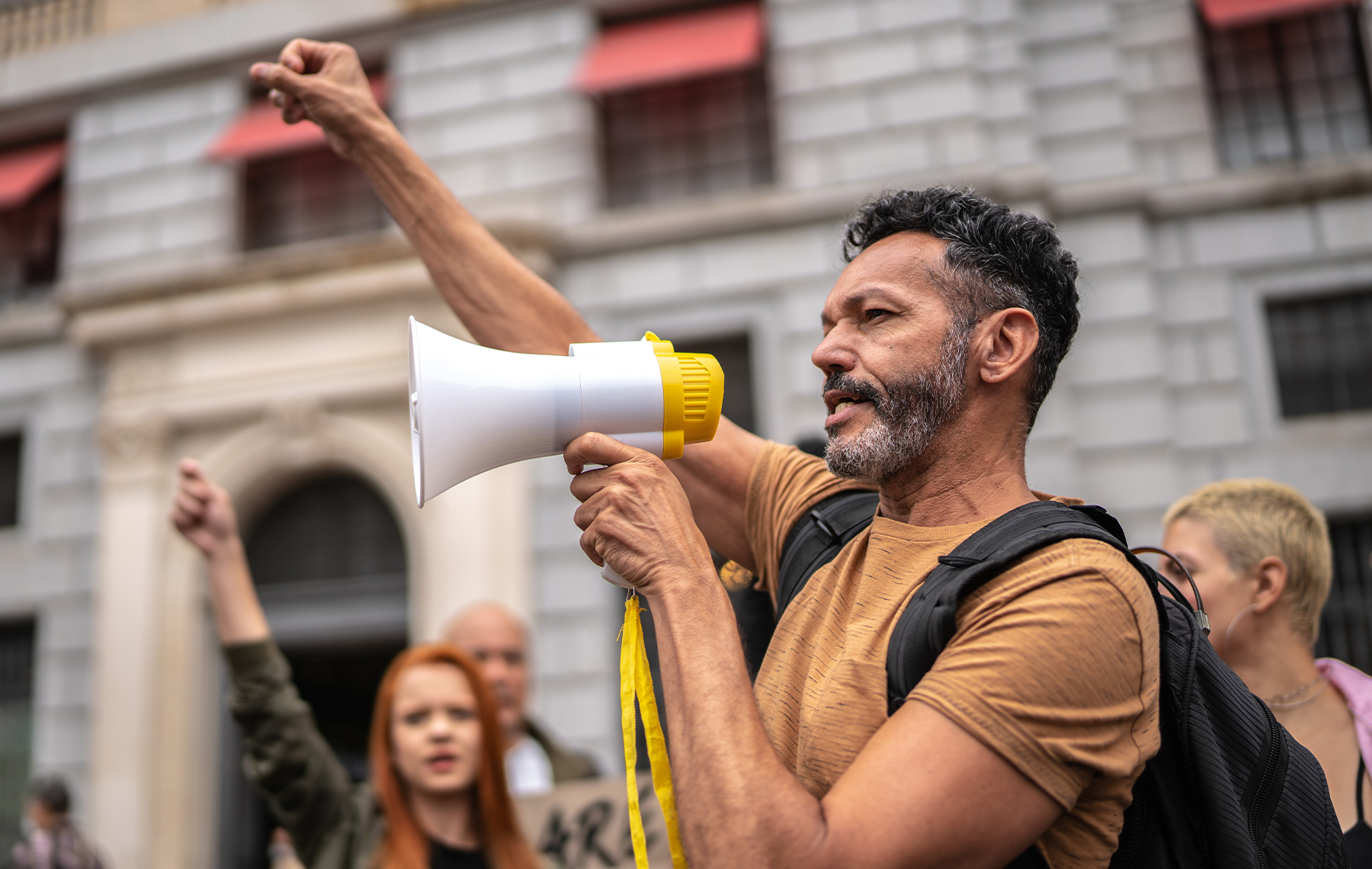 2. It’s your right. Not voting is giving up your voice.

Today, most American citizens over the age of 18 are entitled to vote in federal and state elections, but voting was not always a right for all Americans.

Because the Constitution did not specifically say who could vote, this question was largely left to the states in the 1800s. While no longer explicitly excluded, voter suppression is a problem in many parts of the country.

It was not until the 15th Amendment was passed in 1869 that black men were allowed to vote. But even so, many would-be voters faced measures meant to discourage them from exercising that right. This would continue until the 24th Amendment in 1964, which eliminated the poll tax, and the Voting Rights Act of 1965, which ended Jim Crow laws. Women were denied the right to vote until 1920, when the long efforts of the women’s suffrage movement finally resulted in the 19th Amendment.

Later, in 1971, the American voting age was lowered to 18, building on the idea that if a person was old enough to serve their country in the military, they should be allowed to vote.

It took many years of marching, protesting, and fighting for all of us to have the right to vote. Use your right. Exert your power. 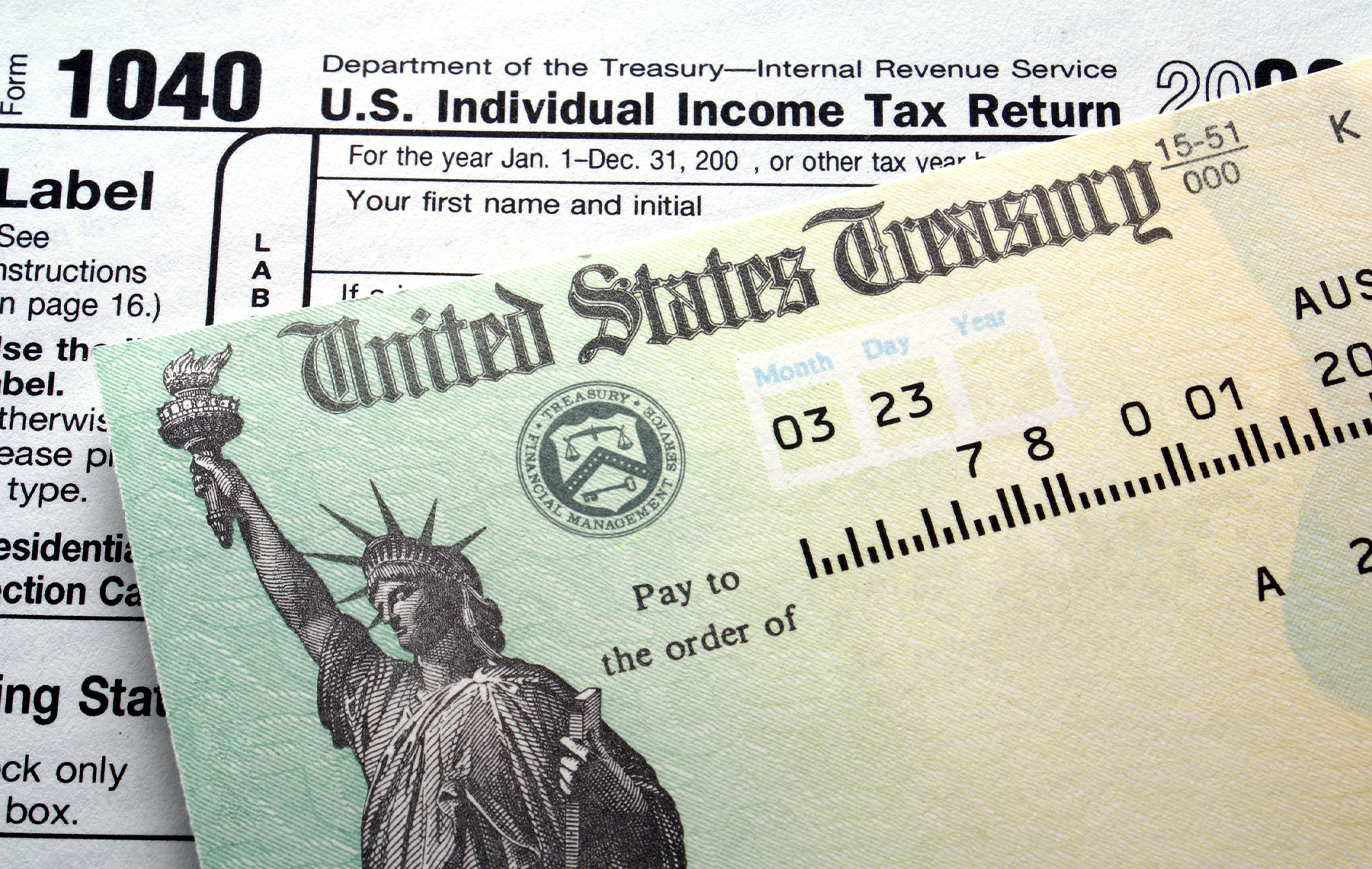 One way or the other, every person in our community pays taxes – both citizens and non-citizens. And yet, most people don’t know how that money is being used. Voting is your chance to choose how your tax dollars are spent, such as additional funding for health care and social services. This happens both through your vote on specific propositions and ballot measures, as well as those we elect to leadership positions that commit to supporting key social services in our communities. 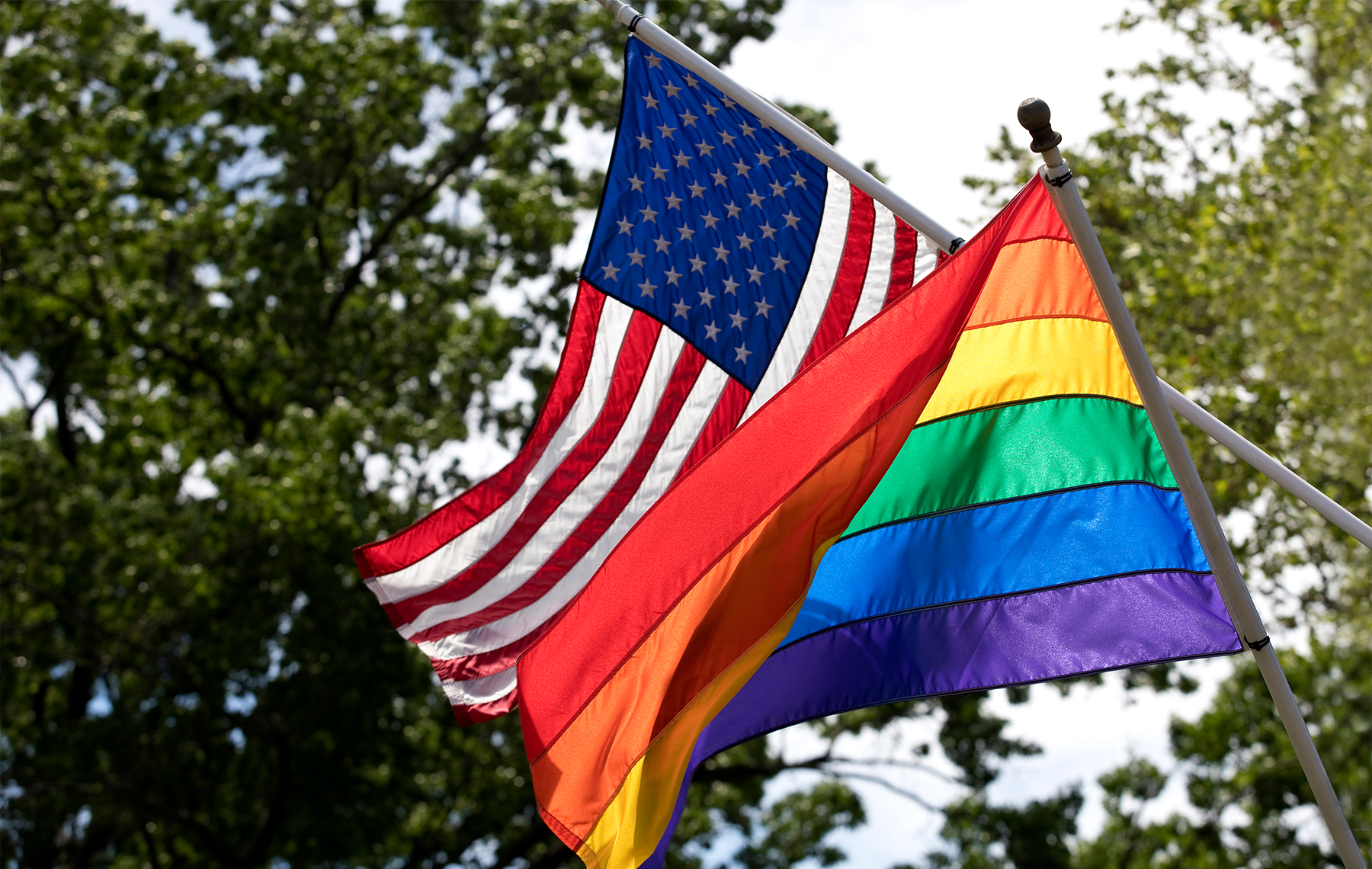 4. Voting is an opportunity for change.

Do you want to make a positive impact in your community? Voting gives you that chance! There are many social issues affected by elections, including (but not limited to) gay marriage, reproductive rights, environmental issues, public education, etc. Social issues affect everyone in one way or another. To have a say in who gets to determine social agendas, it’s essential to vote. 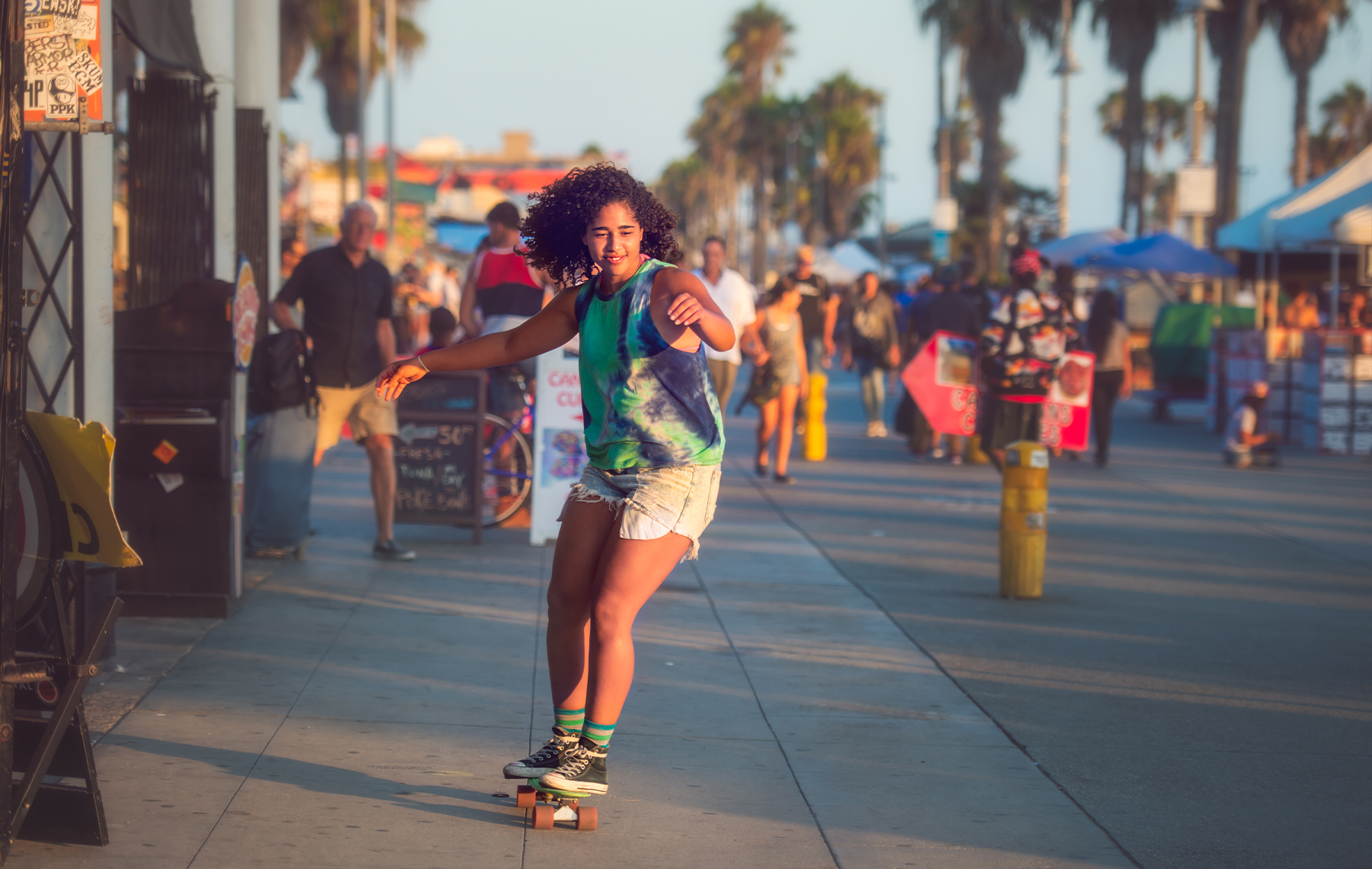 5. The community depends on you!

Our communities are made up of family, friends, loved ones, neighbors, and children. Some may not know how important voting is, while others cannot vote. Make the decision to vote to be a voice for yourself and those around you.

Make sure your voice is heard – your vote is your health. Vote! 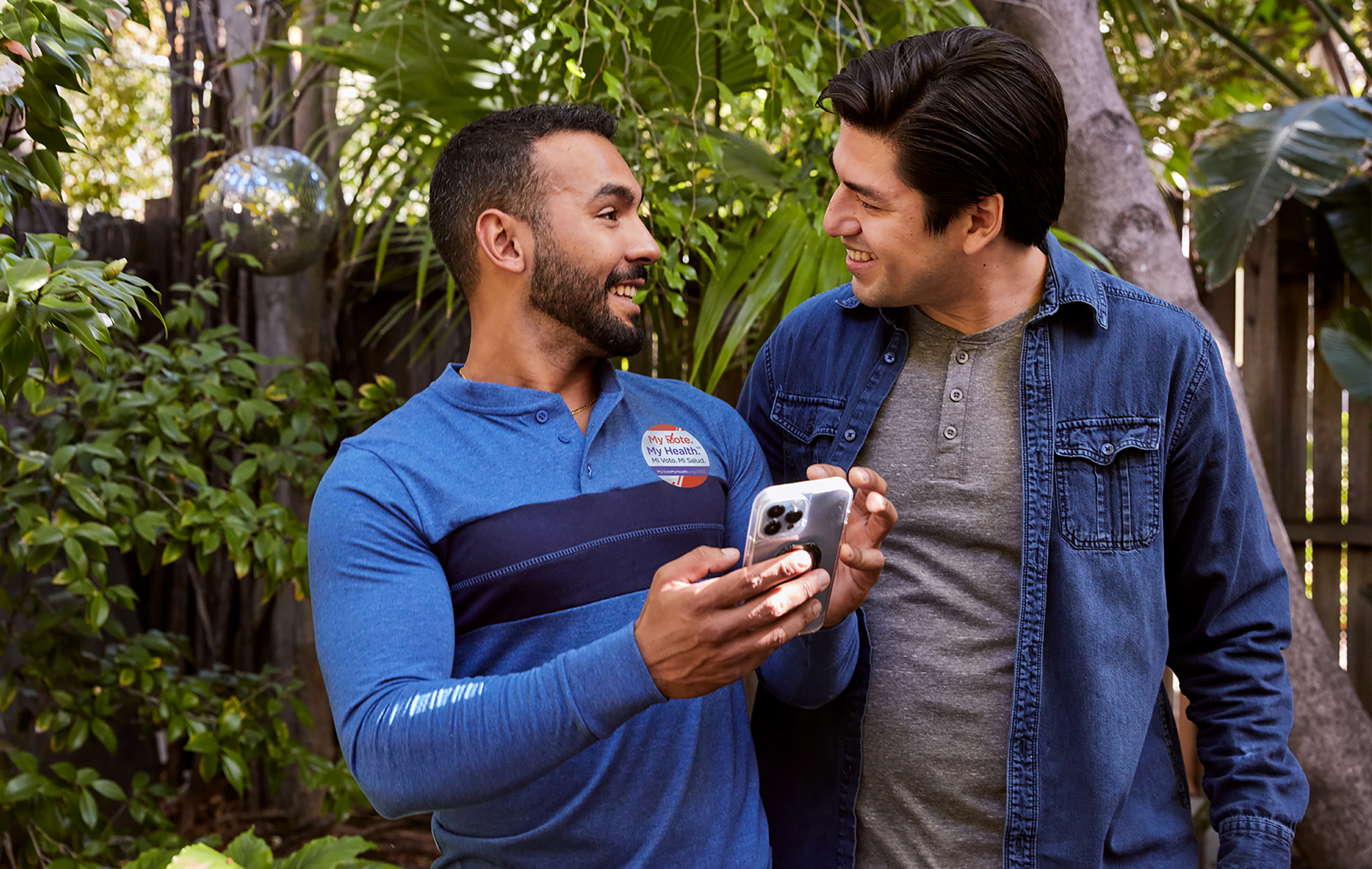 Being the change you want to see.

Help make a difference in your community during this general election and join our us in the My Vote. My Health.™ initiative. By visiting our website, you can check your registration status, voting locations, and download other resources to help get out the vote in your community.

In the June 2022 primary election, we reached over 209,000 new and low propensity Latino voters in our Orange County and Los Angeles County AltaMed service areas. We also hosted a total of 17 voting locations at various clinic sites.

If you do not quality to vote, you can still participate.

If you are not yet 18 (if you are at least 16 years of age you can pre-register to vote in the state of California), or are not a United States citizen, you can still participate in the following ways:

Know How Redistricting Affects Your Vote, in Every Election

It seems like one election cycle ends only for another one to begin. It can be exhausting to keep up with all the candidates, issues, and the deadlines for registering and voting.

But Democracy only works when we are all included in the process. We must participate at every level, not just when voting, but by staying informed on how issues like redistricting strongly affect representation and the power of our vote.

Every 10 years, after every census, California redraws the maps for its congressional and state legislative districts. This is a very political process. The new maps should reflect the population changes over the last 10 years, but too often the process becomes politicized catering to special interests and not our communities. Luckily, in the state of California district lines are drawn through a Redistricting Commission process, which will allow for a public input process from our communities.

Knowing how this process works is just as important as knowing about the local, statewide, primary, and general elections that affect your day to day life. 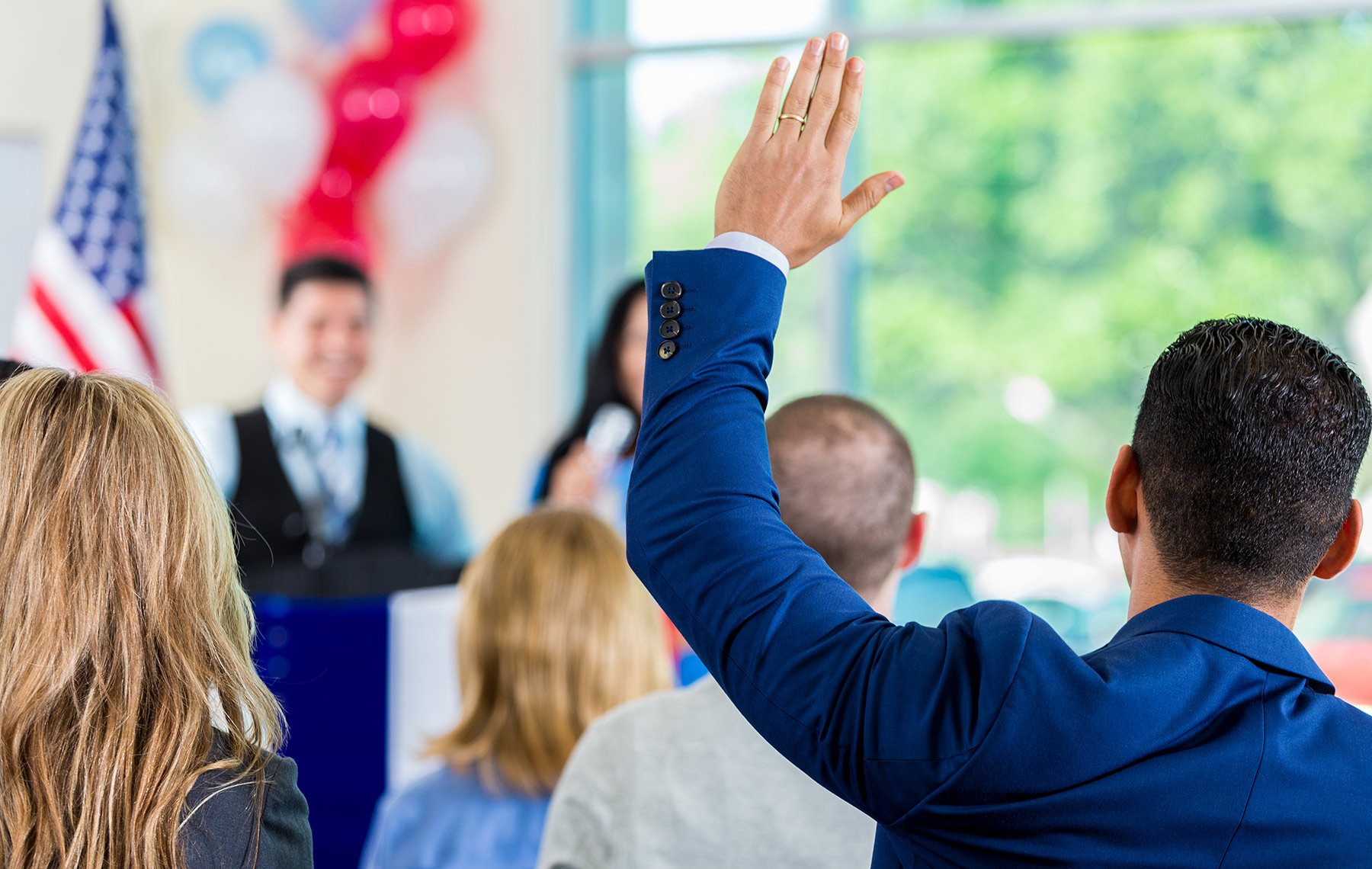 Redistricting and the Future of Voting

When underrepresented communities monitor and are informed on how the redistricting process can affect their representation, they have the opportunity to elect candidates of their choice who will voice their needs and interests. It can have long-term effects on the types of candidates who run for office, funding, and other issues. Awareness of how some political movements try to exclude minority groups is the first step to motivating our friends and family to participate as much as we can. 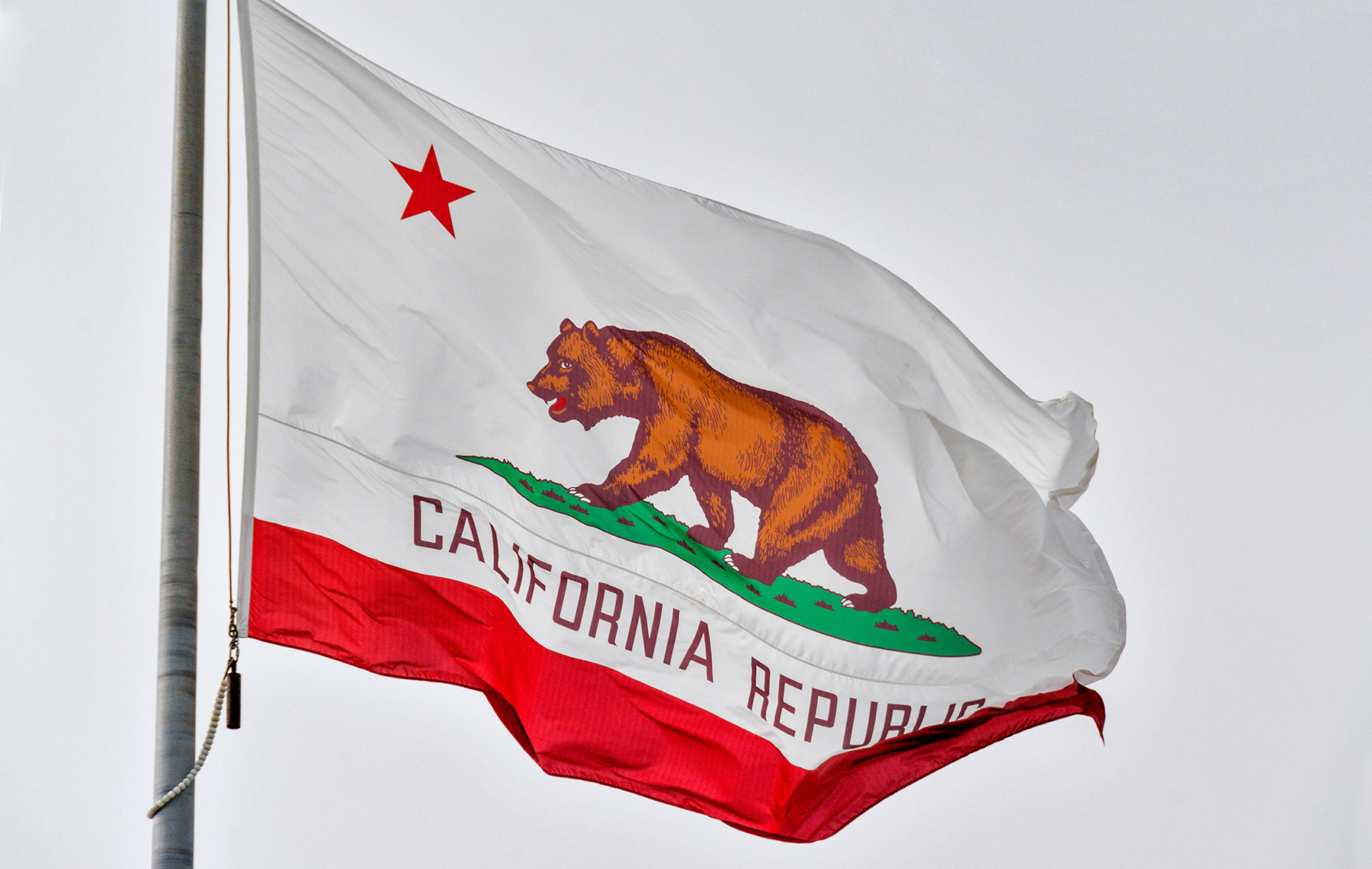 Even More at Stake

California’s shrinking population has cost the state a seat in Congress. Redistricting will determine which member of the House of Representatives from California will lose their seat. You have a chance to weigh in by providing public comment and helping to mobilize others to participate in the political process. You have the power to make sure your concerns and needs are represented by the candidates who would be able to run in future elections. 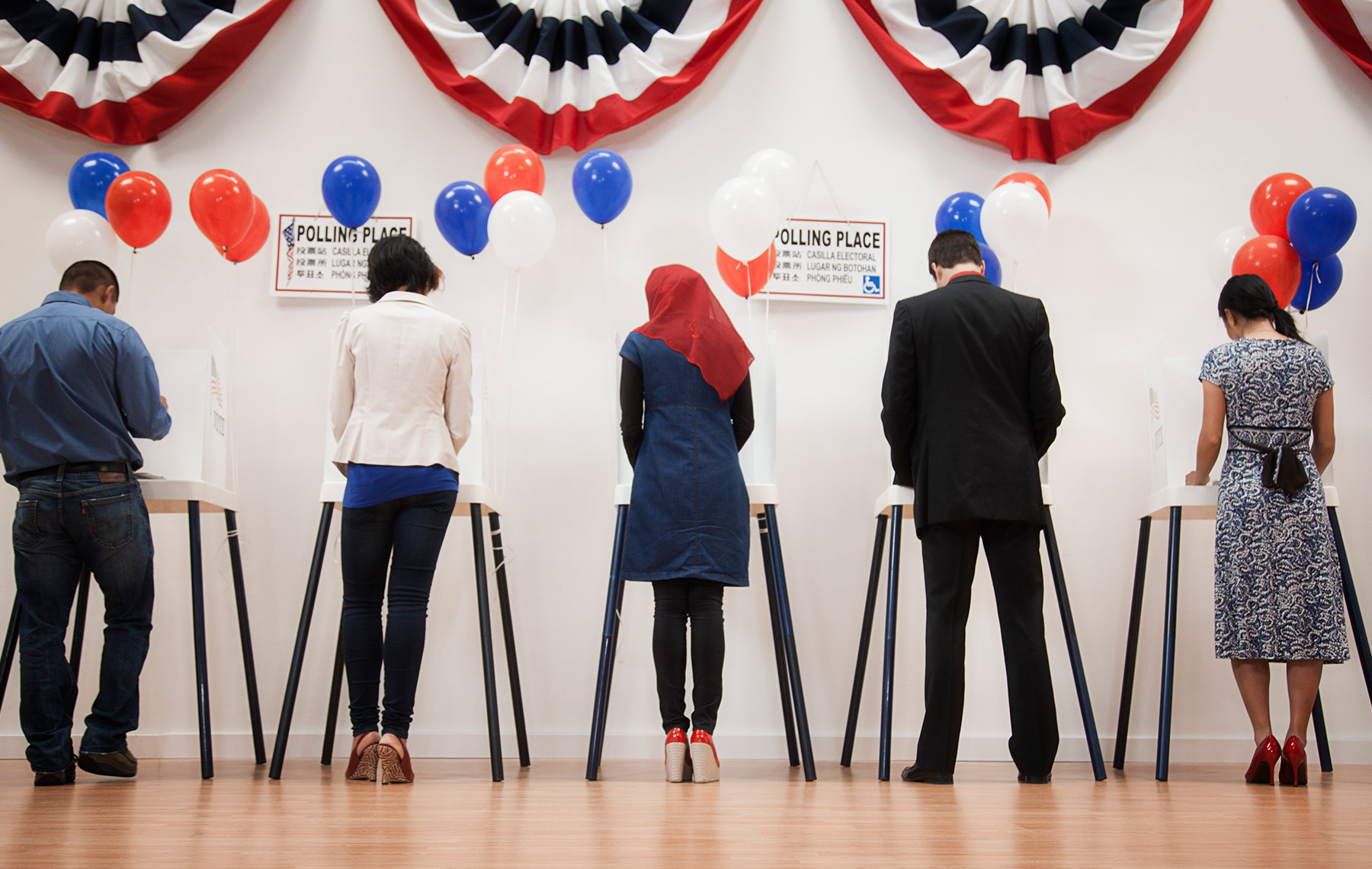 If You Can Vote, Vote in Every Single Election

National elections capture so much attention, but local and statewide elections affect where you live, and can have a greater impact on your day-to-day life. That’s why it is important to educate yourself on the candidates and the issues to make an informed decision.

Your vote is truly your voice, allowing you to support causes and candidates that advance your interests. Voting is a way to help secure the best possible future for generations to come, including access to education, care, and more opportunities.

Undocumented immigrants, while vital members of our communities, cannot vote either and your vote could help improve their lives. Though you may not get the chance to vote directly on matters of citizenship and immigration, the elected officials you elect can advocate for immigration reform, more humane treatment of undocumented individuals, and stronger protections for immigrants and their families.

Make Sure Your Registration Is Current

You can check your registration status, get election notifications and reminders, or find resources to help you register and look up your voting options on the AltaMed site myvotemyhealth.org/vote. Remember that if you have moved, changed your party affiliation, or have had a name change its important to register again. Registering online is convenient, safe, and secure.

You can also contact your county registrar for more voting information by visiting:

If you live outside of these two counties, you can get more information year round on both local and federal elections anywhere in the country by calling NALEO Educational Fund’s bilingual voter information hotline at (888) VE-Y-VOTA (839-8682).

Why Voting in Midterm Elections is Essential